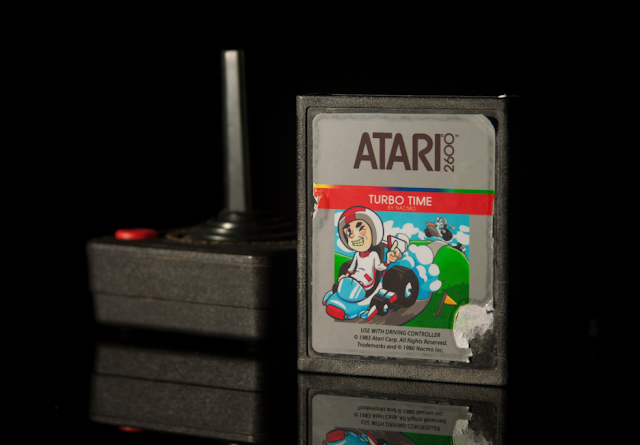 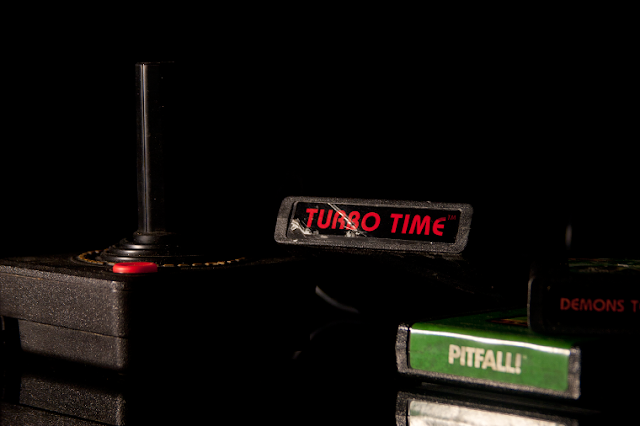 Turbo Time's character and logo are based on the Namco game Rally-X. I didn't get the opportunity to use the logo from the movie because the format of the Silver Label 2600 cartridges use plain text for the game titles. 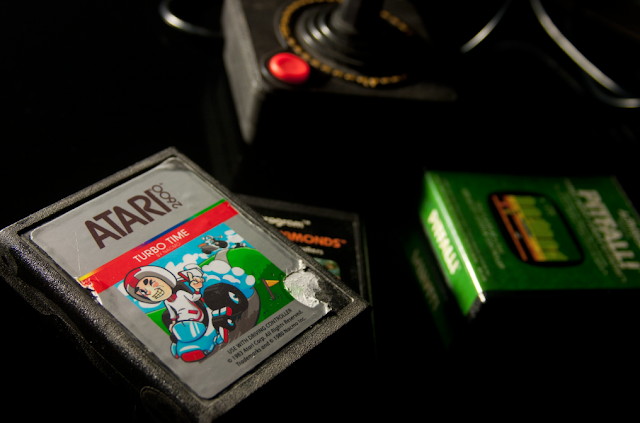 I also chose to not give him the gray skin and yellow eyes from the movie because I figure this is how he was supposed to look in his game before the incidennnnnttttt. I did give him those yellow teeth though. Stay tuned for more!
Posted by Ribbon Black at 1:00 AM
Email ThisBlogThis!Share to TwitterShare to FacebookShare to Pinterest
tagged with: atari 2600, disney, fake game, turbo, turbo time, wreck it ralph
Newer Post Older Post Home