March of the Dead (Super NES) Super Elsewhere Project: March of the Dead, released in 1992 by Ribbon Black. 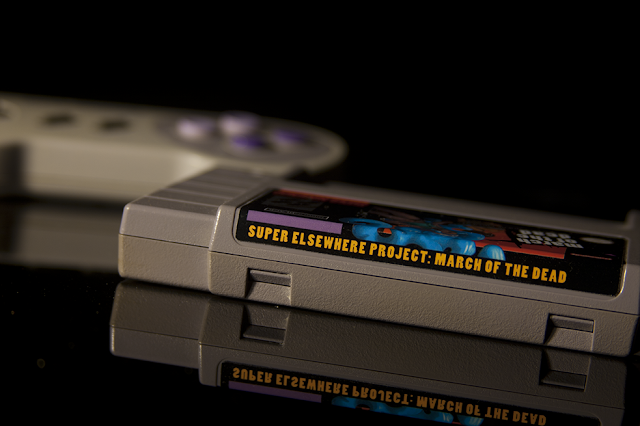 Take control of the monster Muscadine The Spiral as she tears a path through hell to stop the necromancer Hemlock and her new apprentice Paradolia! Six levels of platforming action. Use Muscadine's magic hair to defeat enemies and reach secret areas! 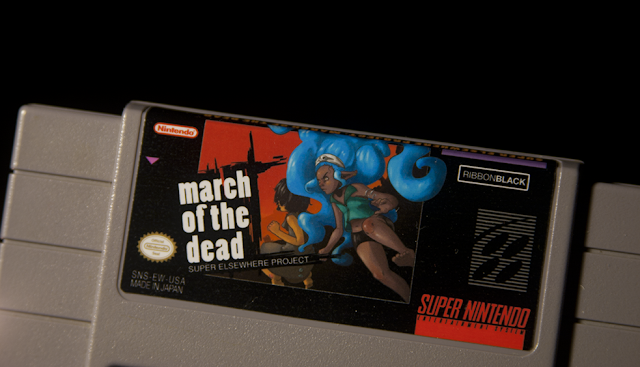 So every once in a while I like to draw things, and I have this long running cast of monster characters from a world called "Elsewhere".  Those two are Muscadine (blue living hair girl) and Paradolia. It's unusual that I use such bright colors in a label! I really like the look of Super NES carts, I may have to do some more very soon.