Who's house was it? Why was the treasure chest trapped? What is that lizardman reading? None of these questions will be answered.
Posted by Ribbon Black at 6:05 AM
Email ThisBlogThis!Share to TwitterShare to FacebookShare to Pinterest
tagged with: animation, art, constellation, exie, pixel art, webcomic, witch

Exie continues deeper into the ground, coming across a cozy looking house and a lizard man who doesn't want to be bothered.
Posted by Ribbon Black at 9:39 AM
Email ThisBlogThis!Share to TwitterShare to FacebookShare to Pinterest
tagged with: animation, art, comic, constellation, exie, pixel art, witch 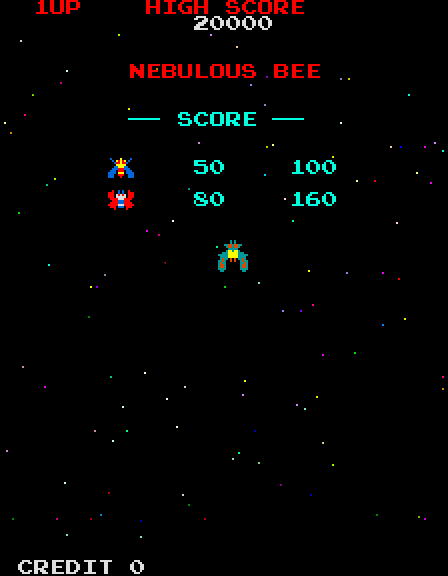 Fellow blogger VGJUNK brought the SHAMELESS Galaga bootleg to my attention on Twitter sometime last year--its wonderfully odd name captured my imagination so much that I was sad to see there was no official logo for it. I got a kick out of the idea of putting more effort into Nebulous Bee than the distributors of the game did, so I went ahead and made one. 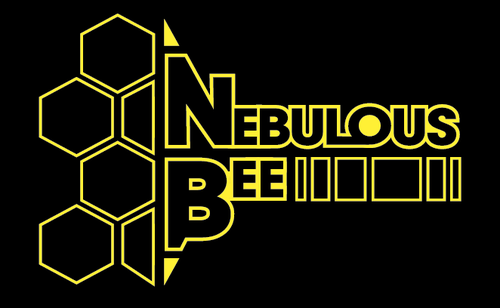 I'm also a sucker for yellow/black color schemes and hexagon motifs. After the logo was finished I wanted to do it one better and make some "official art" for the game. 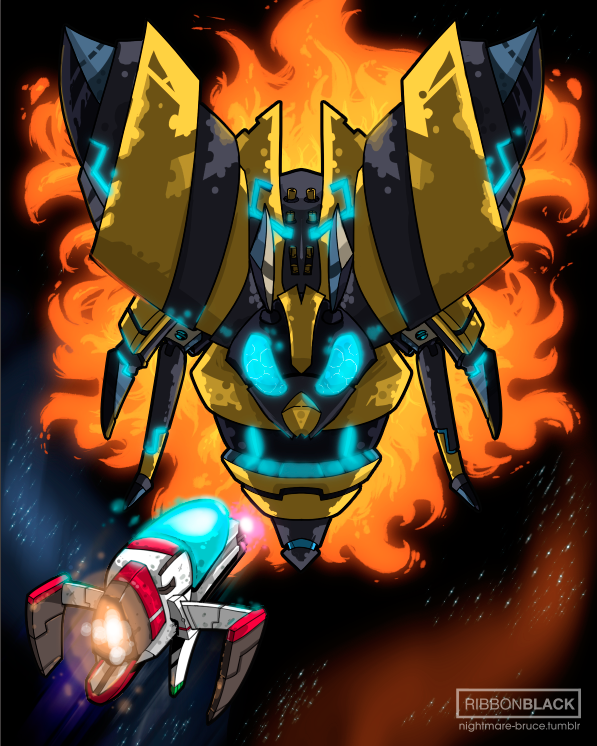 I think it'd work well rearranged into a marquee illustration. Lastly, I took the illustration and made a horrible cheesy 80s/90s arcade flyer for the game: 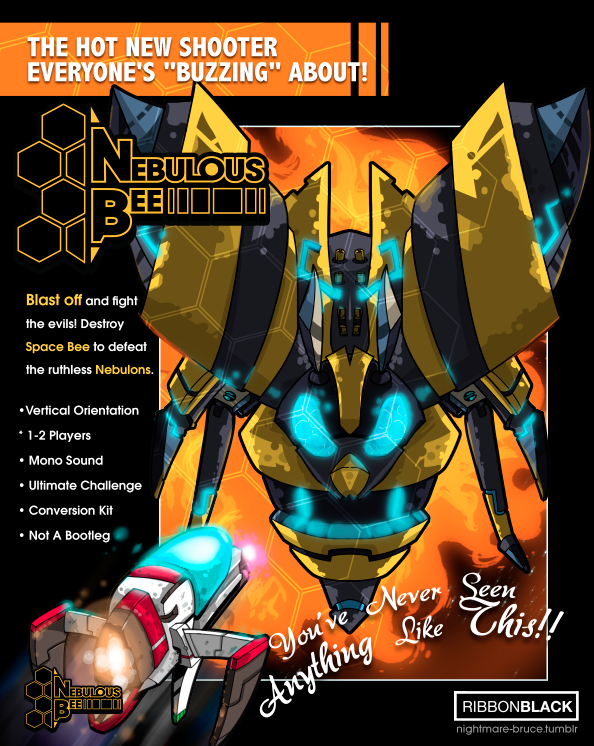 Blast off and fight the evils!
Posted by Ribbon Black at 12:54 AM
Email ThisBlogThis!Share to TwitterShare to FacebookShare to Pinterest
tagged with: art, bootleg, branding, galaga, graphic design, nebulous bee

Hi! Long time no see. After the year began, I lost all motivation to make new stuff for a long time. However, I am now making new stuff again.

Here's a comic done entirely in pixel art--I thought to myself, "I want to draw a story, but how can I make it 10 times more difficult and tedious for myself?" Here's page 1.

The comic is about Exie, a "gem witch" that I'm using in some other projects that I'll talk about here later. Mostly this comic is a way to practice with pixel art, varying image resolution (either having a larger canvas to work with such as the last frame here, or a very small work area like the first frame) and especially a way to pack in some fun video game references/sprite designs. Hope you like; the next page will be up in a few days!
Posted by Ribbon Black at 1:07 AM
Email ThisBlogThis!Share to TwitterShare to FacebookShare to Pinterest
tagged with: animation, art, comic, constellation, exie, pixel art, witch
Newer Posts Older Posts Home
Subscribe to: Posts (Atom)