I'm glad Namco stopped making their cover art like this 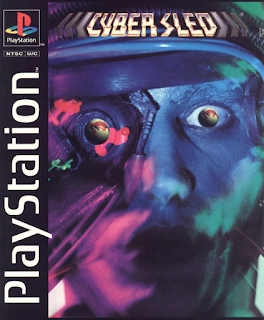 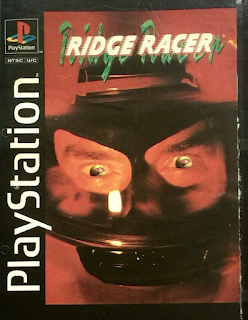 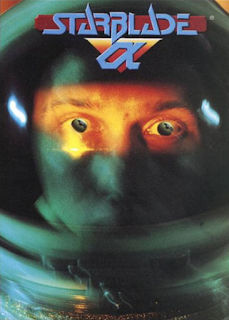 Here's something I've never seen anybody talk about: In the young days of the North American PS1, Namco came out kicking by releasing ports of their early-90s arcade games. Can you detect the subtle pattern in the cover art*?

Yes, like Nintendo's celebrated "Black Box" launch titles and Capcoms "gridline screensaver" cover art, it seems like Namco was angling to establish a House Style for their western releases. While "Terrified Person Wearing Headgear while tiny renders of in-game vehicles float in their eyeballs" doesn't exactly explain to me what the game is about, you knew you were getting a Namco product when you saw it.


However, concurrent with these releases were other Namco games (such as Tekken and Air Combat) that did not follow this short lived trend, and after the release of Starblade Alpha in late April 1996 Namco seems to have abandoned it entirely. In fact, Ridge Racer only used this cover in the version of the game that came bundled with the Playstation console; subsequent standalone releases had the standard car cover.

Perhaps Namco quickly saw how limiting the style was and how little it did to actually market the game to potential buyers? Pehaps the plan all along was to have only these three games share a similar cover, but what would tie them together? Other games like Air Combat would have been a perfect candidate for Man In Helmet style.** 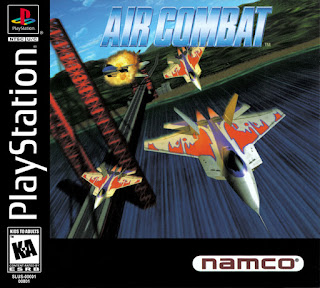 This is just a bit of ephemera that other Namco maniacs might find interesting. Fortunately for them (and us, those covers are freaking me out), as far as I know they stopped using this style after those three games....HEY WAIT A SECOND 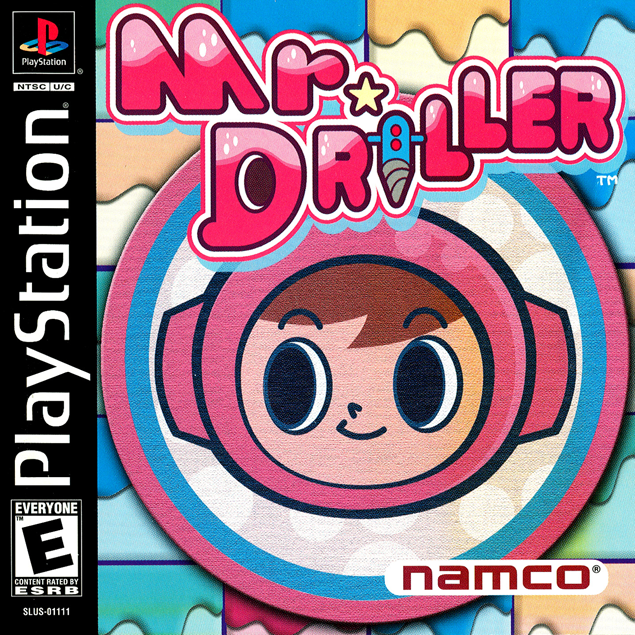 *actually, the helmet man on the Starblade Alpha cover art was only used on the manual, while the actual box art was a more conventional image of the GeoSword ship. I guess at that point they were phasing out the concept, but wanted to keep it there in some capacity?

**UPDATE! Remember how I said that Air Combat should have used this style of cover art? Turns out the hid it on there too; Ian on Twitter let me know that even Air Combat uses the Helmet Man...but only on the back of the manual and case. 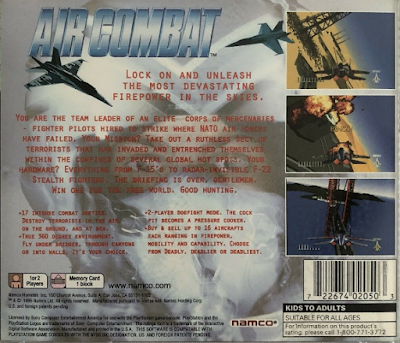 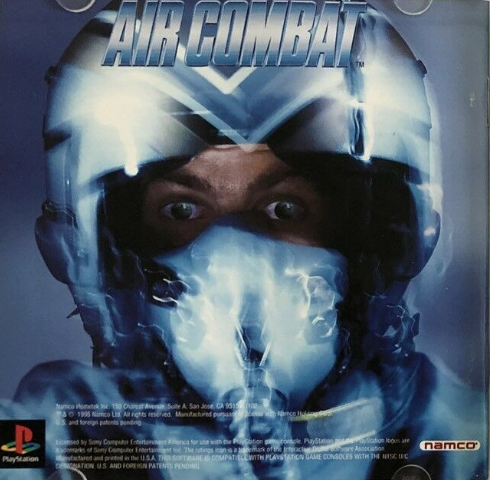 Thanks for the tip Ian! Now I'm going to have to dig and see how many more of these they made...
Posted by Ribbon Black at 10:41 PM
Email ThisBlogThis!Share to TwitterShare to FacebookShare to Pinterest
tagged with: ace combat, air combat, cyber sled, ephemera, i love video games, namco, playstation, ps1, ridge racer, starblade alpha, tekken
Newer Posts Older Posts Home
Subscribe to: Posts (Atom)