Believe it or not, Heiankyo Alien used to be kind of a big deal in the video game world. Developed for Japanese computers in 1979 by The University of Tokyo's Theoretical Science Group, a year later it was released in arcades by Denki Onkyo and ruthlessly ripped off by several other game makers (read more on the wikipedia page). You play a police officer defending the city of Heian-kyo (peace and tranquility capital, a former name for Kyoto) from an inexplicable alien invasion by running along the streets digging holes and trapping the monsters Dig-Dug style.

Nice graphics, right? This simple concept was often cloned and imitated, but you don't really see this type of gameplay anymore, do you? I don't keep up on mobile games but there's a chance someone has revisited the style. In any case, I don't have a great deal to say about Heiankyo Alien but I like it and the world has gone too long without a sequel. Here's Heiankyo Alien R (REBIRTH)! 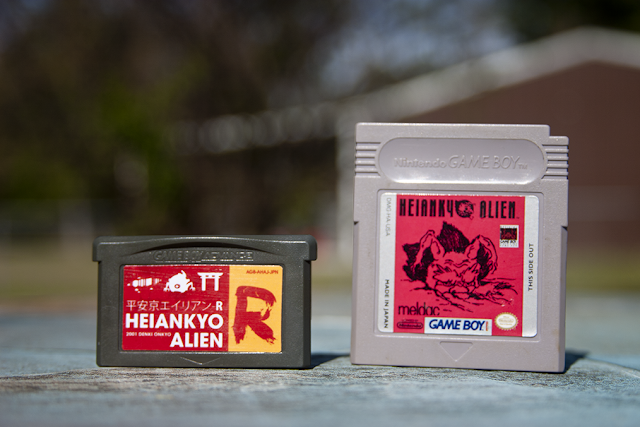 I wanted to keep it simple to reference the bizarre style of the Game Boy port (by Meldac, most infamous for Zombie Nation) while making it look a bit more up to date.

More Heiankyo Alien chat and pictures behind the link. 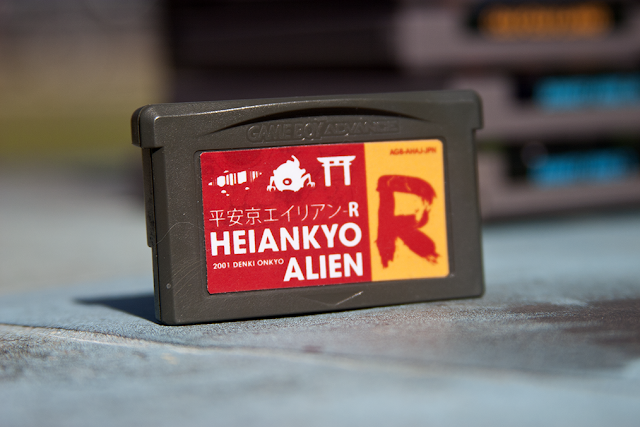 I like how it turned out. If you can make out the texture in the red background, that's an illustration I was originally going to use, but decided on cleaner silhouettes. Japanese labels in general go easier on all the logos and extra information than US labels, which is nice. Here's a crappy looking comparison of the two versions: 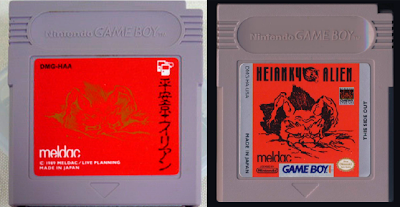 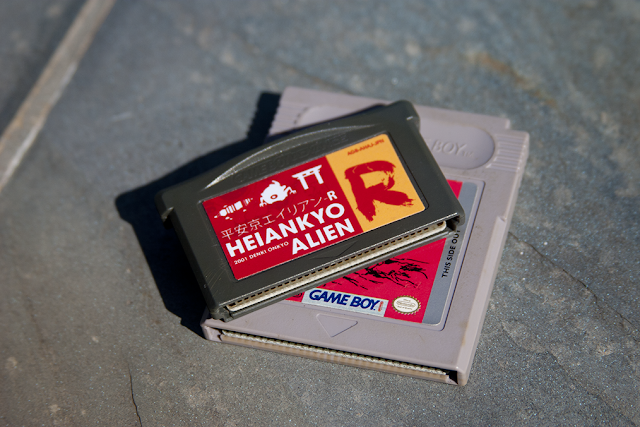 Here's a pointless story--I found the Game Boy port not long ago in a plastic container at a Houston used game store, and they told me they couldn't find it in their store database so they gave it to me for a dollar. I was hoping I had hit the jackpot because I hadn't even known Heiankyo Alien had been released in the West, but it only goes for a few bucks on eBay anyway. OH WELL!
Posted by Ribbon Black at 12:50 AM
Email ThisBlogThis!Share to TwitterShare to FacebookShare to Pinterest
tagged with: fake game, fake sequel, gameboy advance, heiankyo alien, i love video games, nintendo
Newer Post Older Post Home