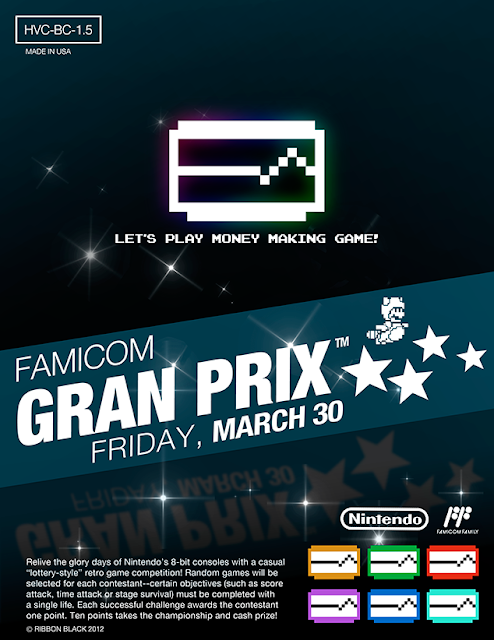 This was a fun contest. Competitors would draw a piece of paper from a hat with an NES (or Famicom) title and a challenge (like "clear stage one", "get the highest score", etc). I don't remember what the prize money was, but I won it. HAHA

Even though it's called "Famicom Gran Prix", the majority of games used were on NES. I referenced the classic "Black Box" packages from the NES launch titles. I'm really big on solid colors and stark layouts, but this glossy stuff is fun to do sometimes.
Posted by Ribbon Black at 11:54 PM
Email ThisBlogThis!Share to TwitterShare to FacebookShare to Pinterest
tagged with: art, famicom, famicom gran prix, graphic design, mario, poster, video game
Newer Post Older Post Home