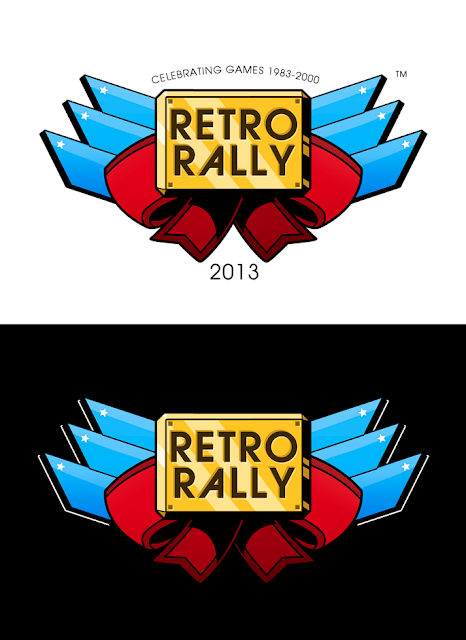 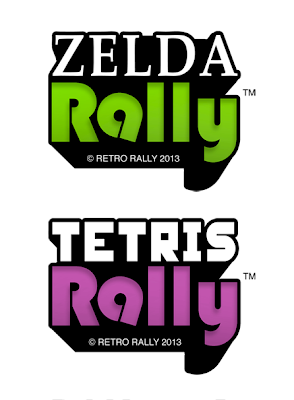 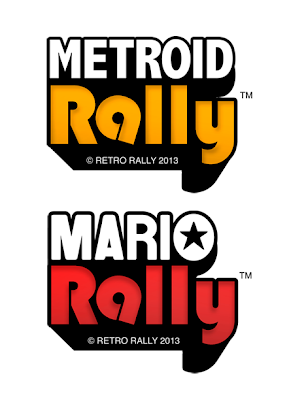 Just some logo designs I did for a potential set of video game competitions I was thinking of putting together this year--obviously inspired by Nintendo Land!

I used the same font for "rally" that is used in the Nintendo Land logo (ITC Bauhaus Medium I believe), and it was fun picking out fonts to reflect each game series (the Mario font I believe I found on DaFont.com, called "Jumpman").

So I have the logos done, but what will the contests be like? Races? Point battles? How can you make a competition out of Metroid that isn't just speedrunning? I'd love to get some creative ideas. The idea is to have several challenges spanning most or all of the entries in each franchise.
Posted by Ribbon Black at 12:57 AM
Email ThisBlogThis!Share to TwitterShare to FacebookShare to Pinterest
tagged with: art, graphic design, retro rally
Newer Post Older Post Home