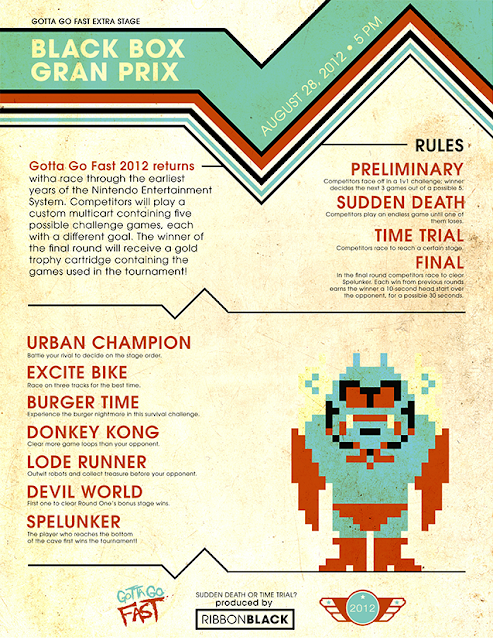 A little flier I made for yet another deathmatch/speedrunning competition. I promise not to use "gran prix" in any more competitions from now on! This one came about because I found a cool program that would allow you to make multicart NES roms, but it only worked with NROM type games. NROM is basically the PCB type that Nintendo started out with during the early days of the NES, hence the "black box" in the name. So to teach myself a little romhacking I made a multicart of the games in the poster. I LOST the contest though...Spelunker :/

I'm waiting on a donor cartridge to make a real NES-playable version of the multicart as a trophy, which I will post here when it's done.