WHAT TIME IS IT AGAIN?

I was working on these when I posted my first four Adventure Time cartridges, but I got delayed waiting on a purple cart for the Lumpy Space Princess one. Now they're all finished! 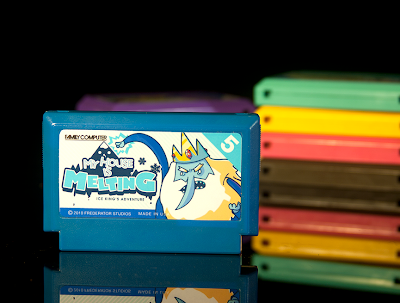 Adventure Time: My House Is Melting
The Ice King is doing a little house expansion, and that means freezing the surrounding countryside! His plans backfire when a new skating rink located next to the Fire Kingdom raises the ire of the Fire People. Can the Ice King and his army of penguins keep the Fire Kingdom from taking his land instead? 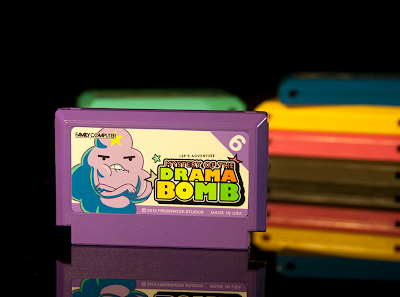 Adventure Time: Mystery of the Drama Bomb
Oh my GLOB what is going on. Lumpy Space Princess has to find out why everyone is being a total FART to her lately in this graphical adventure game interspersed with action oriented minigames. 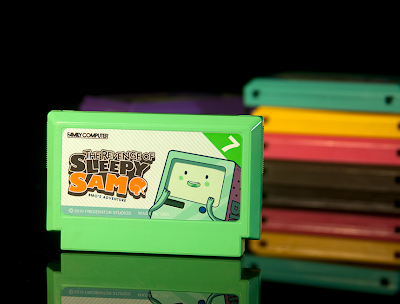 Adventure Time: Revenge of Sleepy Sam
What happens when computers dream? After being pulled into its own video game, Guardians of Sunshine, BMO is in a fight for its life against Sleepy Sam, Honey Bunny and other deadly bosses in this old-school platformer. 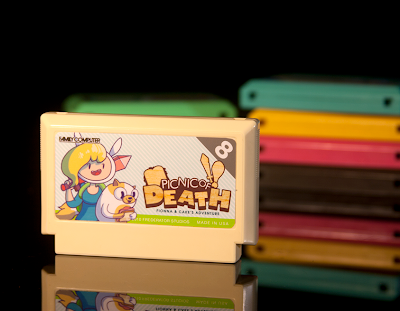 Adventure Time: Picnic of Death
An action RPG in the same vein as Challenge of the Doorlords, Picnic of Death follows Fionna and Cake as they search for Prince Gumball's servant Peppermint Maid, who has gone missing under mysterious circumstances. But why is Marshall Lee trying to stop them at every turn? 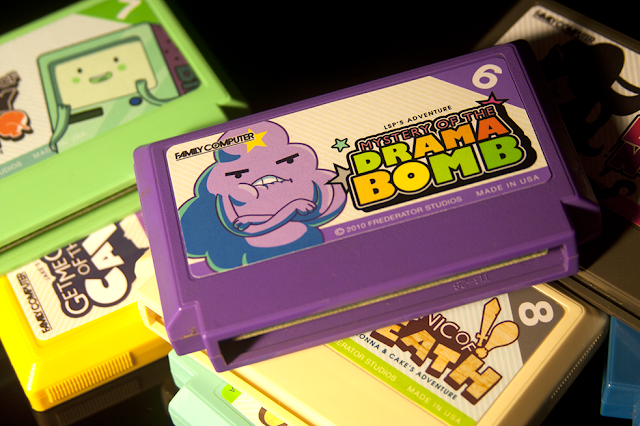