This is a fake story/art project I made for fun, there is no rom. 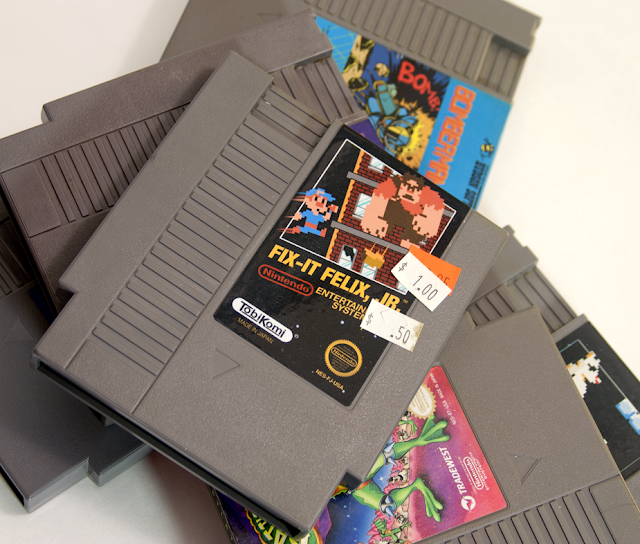 Thrift store finally paid off! I even got a good deal on it, haha.

Sorry about the delay--here are some photos of the Fix-It Felix Jr. NES cart.  As I mentioned earlier, the only differences I could find between the arcade version and the version from the movie are downgraded graphics. Ralph and Felix are shrunk down quite a bit because of the limited chip space on the NES's "NROM" boards. NROM (no memory mapper) games are the earliest NES carts, such as Lode Runner, Mario Bros, Donkey Kong etc. before Nintendo really started tapping into the system's potential. 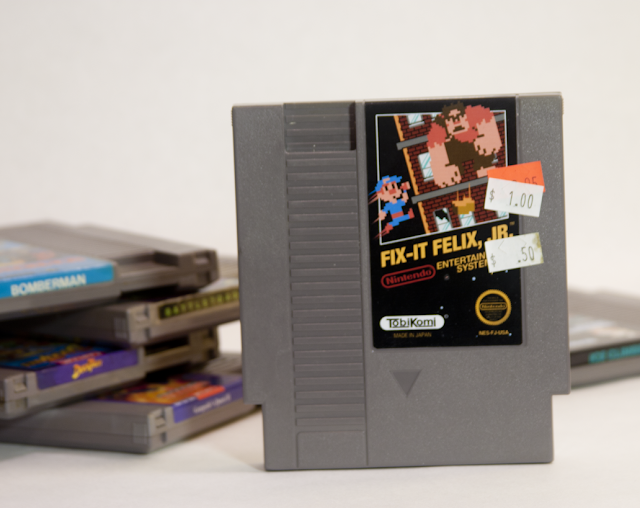 Other differences include the lack of the cutscene at the end of each level where the Nicelanders throw Ralph off the roof--instead if just cuts to a black screen with him falling into the puddle. The gameplay itself is intact, though the stages aren't as large vertically. Here are some more screens from my earlier post: 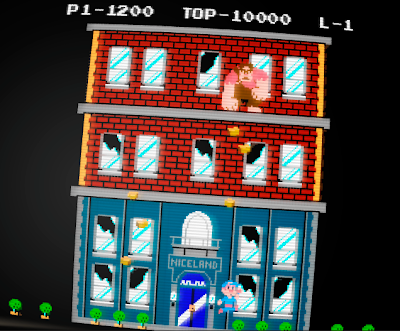 Another way the graphics were simplified is in Ralph's animations. His punching animation from the arcade version is much more elaborate, with him bearing down fists first, legs in the air. Doing that would increase the amount of sprite tiles used for that motion, which is probably why it was dialed down to a simpler shoulder hunch while one fist raises and the other drives downward. 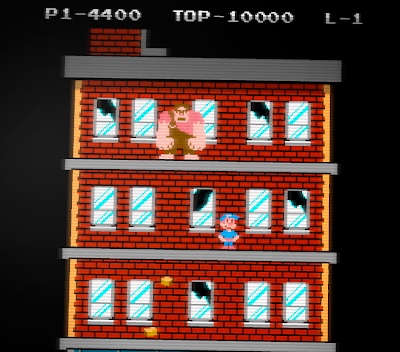 I went ahead and dumped the rom, here's a clean screenshot of the title screen/stage 1 from an emulator (NEStopia). 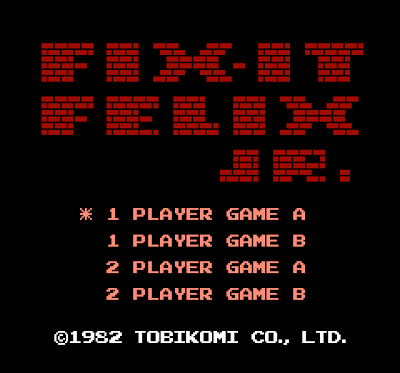 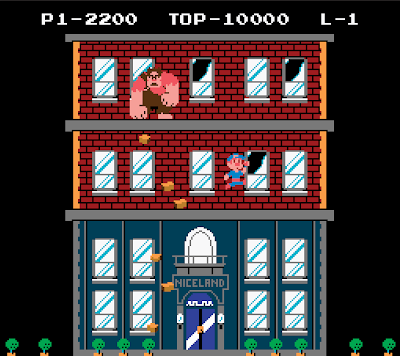 Thanks for looking! This is all fake, by the way!
Posted by Ribbon Black at 2:00 AM
Email ThisBlogThis!Share to TwitterShare to FacebookShare to Pinterest
tagged with: fake game, fix it felix, fix it felix jr, NES, nintendo, pixel, tobikomi, video game, wreck it ralph
Newer Post Older Post Home