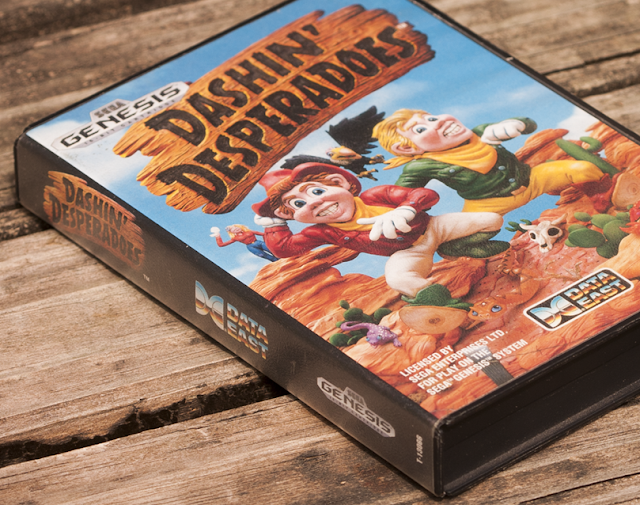 Let's get THIS shit out of the way right now:


Okay! Dashin' Desperadoes strains the premise of these "weird sports" posts quite a lot I'll admit. Even though there's a ton of platforming, bomb throwing and enemy-jumping-on, if your goal is to reach the end of the stage before someone else that makes it a racing game, right? 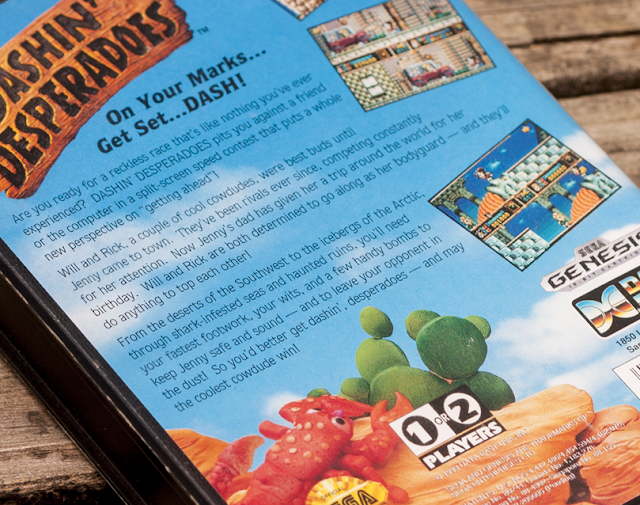 It's the classic story; Cool cowdudes Will and Rick were lifelong pals until Jenny came to town. Will and Rick love Jenny. Jenny loves BLOODSPORT.

With the promise of a kiss their only reward, Will and Rick brutally fight-race each other across the world to be the first to reach Jenny. The rest of the world, knowing a couple of dipshits when they see them, are here to dish out beatings of their own.

Aside from the novelty of a 2-player footracing game, the variety of injury animations are the biggest draw of Dashin' Desperadoes. People will open doors in your face, birds will try to carry you away, dogs will chomp down on your pants, trucks will stop just so they can back over you...the Western (as in, not Japanese) art style really gives the impression that Data East was aiming for a playable cartoon, and I'm here for it.

The soundtrack is EXTREMELY ROOTIN' AND TOOTIN'; not remarkable but plenty energetic for the mad dash action. The graphics are kind of a mixed bag, though. Compared to its Neo Geo cousin Spin Master, Dashin' Desperadoes' could be way more colorful. The small viewing area (split screen is enabled even in single player mode) is a bummer too because it can be hard to get your bearings and see what's coming up ahead. The higher-res effect used in Sonic 2's split screen race mode would have gone to great use here!

Every couple of races, Rick--or maybe Will--will kidnap Jenny and force you to blow his truck up to get her back. However, all is forgiven between Jenny and her kidnapper afterward and the chase begins anew. These three were made for each other!

The two-player mode is st where moof the fun comes from, though! Stage layouts are different and of course screwing over a real life opponent with bombs is much more entertaining than playing against the CPU. Unfortunately, the truck chase stages are replaced with a less interesting minigame. 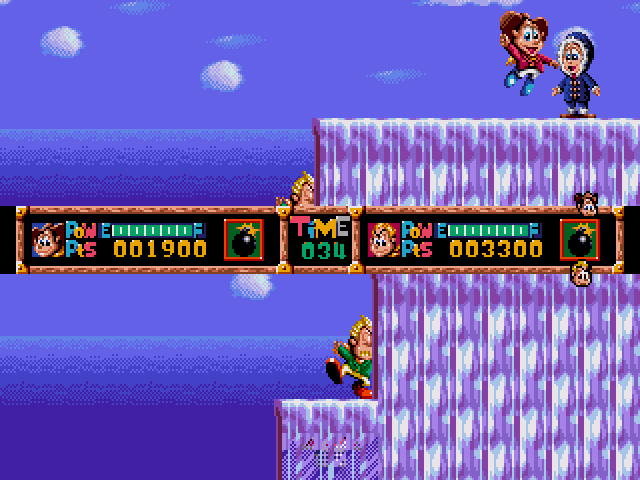 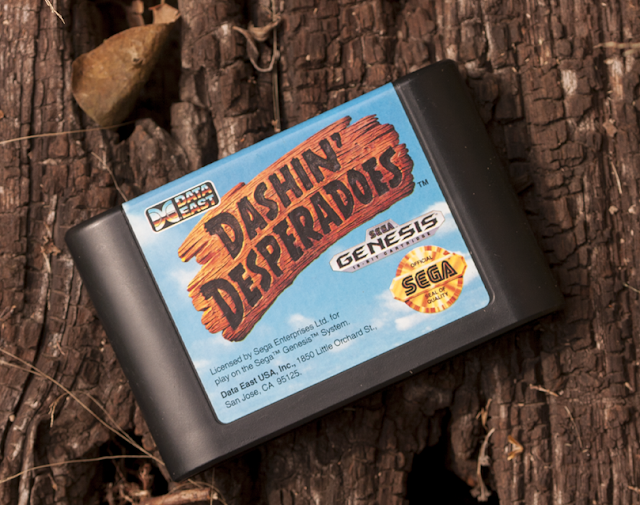 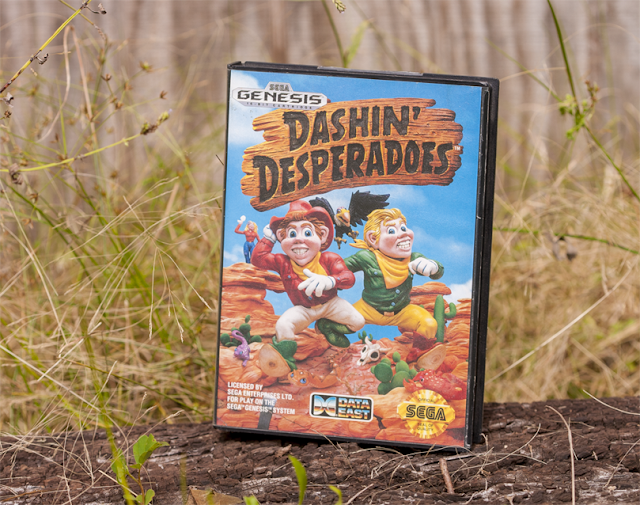 Dashin' Desperadoes was only released in the US, though a look at the prototype ROM shows that a Japan release was planned under the title Rumble Kids. Maybe this is the reason the game is a little expensive on ebay. If you can find a player two then you should give it a shot, pardner!