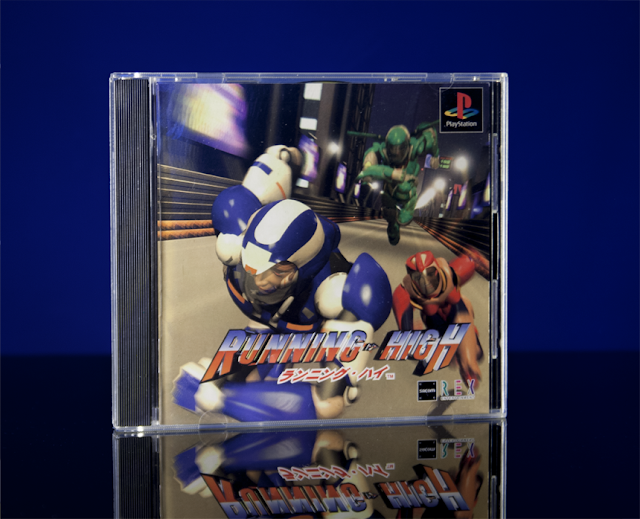 
I love weird sports games; particularly weird racing games, because the rules are so much simpler and more, let's say, malleable than your baseballs and footballs. Also, without being constrained to a specific setting like a regulation style playing field, racing games can throw all kinds of oddball ideas around. For this reason I like fantasy golf games a lot too!

Sure the settings are mostly window dressing, but sometimes the window dressing is so goofy it can make a relatively shitty game compelling. Case in point: Running High for the Sony Playstation.


Here is the plot synopsis, from what I can gather by the (extremely difficult to read) text on the Options menu:

• In the year 2000 humans developed ALTAMET, a system that allowed the human brain to directly interface with machines.

• This led to the creation of robotic power suits known as Component Muscle. However, use of Component Muscle was deemed too dangerous to be used by just anyone due to the potential for criminal activity.

•Thus, Component Muscle was restricted to military use and in the ultimate Future Sport: RUNNING HIGH.

•None of this will come into play once the game starts.


So, a racing game! Actually, if you've played other foot-racers like Sega's Sonic R you already have a decent picture of how Running High plays. Like conventional racing games you move via an accelerate and brake button, rather than simply pressing up to go forward. However, because turning sharp corners at 300 MPH is hard even for cyborgs, you can initiate a power slide move by tapping accelerate again while leaning into a turn. 95% of the time this will lead to your runner slamming into a wall and pinwheeling their arms comically while your opponents fly by.

In addition to the powerslide, players can press L1 or R1 to throw a haymaker to either side when an opponent gets too close. You can get away with ignoring this move, but it can help to slow other racers down to avoid an attack from behind. You also get a nice turbo boost that appears to charge up as you tackle corners during the race. 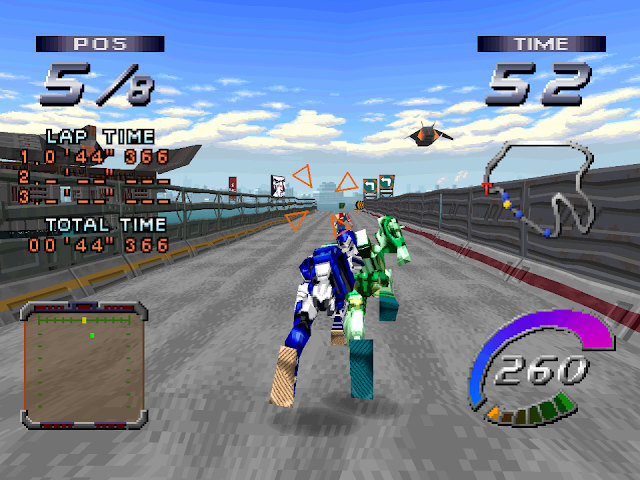 The most important move in any Runner's repertoire is the jump attack. Get close behind an enemy and a crosshair will appear over them. Press L1 or R1 at this time to vault over them, slowing them down severely and giving you a good boost ahead. This is a super satisfying move to pull off on a foolish CPU opponent. 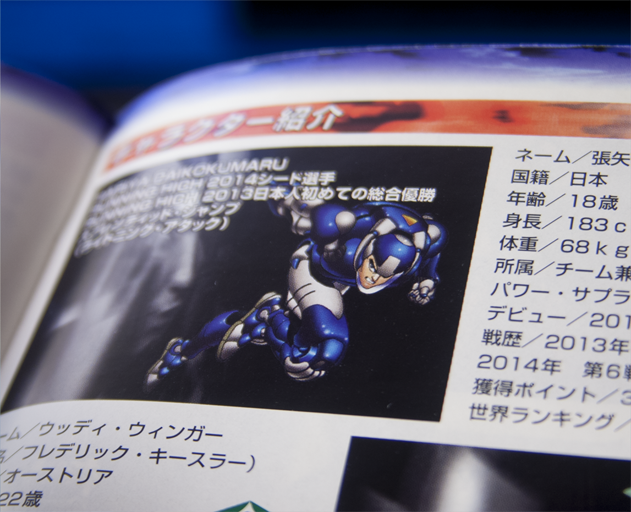 Unfortunately, also like Sonic R, the controls in Running High are not very good. Moving feels weirdly stiff and the heavy speed loss when bumping into walls or getting hit by enemies is frustrating--placing higher than 5th requires some practice, and if you want to take 1st you'll need a measured touch to nail the jankiness of the power slide maneuver. The way you have to let off the run button to initiate the power slide is surprisingly fun though, and adds a welcome touch of depth to the game.

You'll also need some luck; your fellow racers are a bunch of complete assholes who do not hesitate to rubber-band up to you even if you're playing perfectly, and will use the Jump move to handspring right over your head while tossing off a rude comment for good measure. Making proper use of your turbo and jumping over your opponents too is absolutely essential. 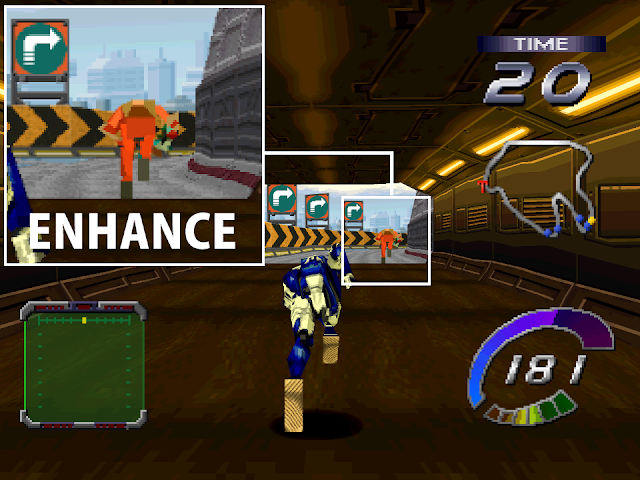 Here's a cool trick that videogames use even today: when a character is far enough away from the camera, they become simplified (whether it be losing their textures, becoming low-poly, etc) to save on processor power. Running High does this too, but it kicks in when the other characters are still quite close! I think it looks cute.

The other big issue I have with this game: it's one-player only. Chances are low that you'd be able to find another person willing to play it with you anyway, but the option is always nice in a racing game. There are only three tracks by default (and one unlockable one on  a cool asteroid station) but a decently hefty number of playable characters with their own stats, color scheme and physique. ALSO A BABY


Did you notice that the character select screen for Baby looks different than the Woody Winger screen? If you put in a code on the title screen (DOWN DOWN UP UP LEFT RIGHT LEFT RIGHT) you go straight to what looks like an alternate (possibly beta?) character select menu with several new runners. Wonder why they left that in? 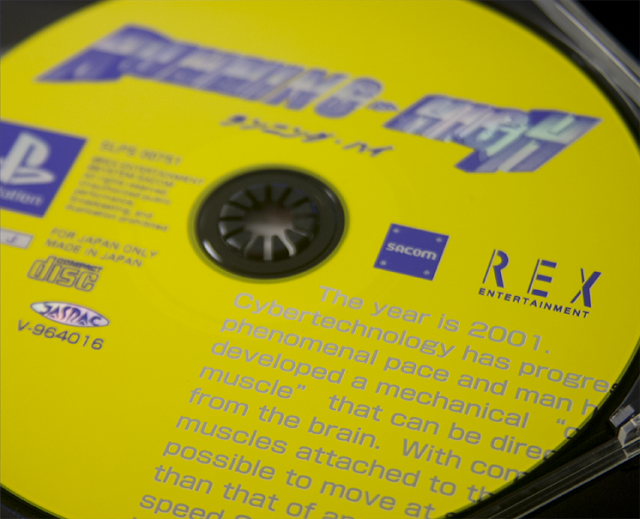 I love this game. The controls are bad, the graphics are goofy, your opponents cheat (and are just plain rude, one of them called me grandma) and it's single player only. However, the soundtrack is great and something about it just stuck with me--it's a weird as hell kusoge and surprisingly fun once you get the hang of the controls.

Oh, and Avex made a fully fucking produced rap song about the game which sometimes plays during races and you need to check it out directly:

If you can find it cheap (you will) give Running High a try! Maybe on emulator first.
Posted by Ribbon Black at 3:09 AM
Email ThisBlogThis!Share to TwitterShare to FacebookShare to Pinterest
tagged with: kusoge, playstation, racing, running high, sports, weird
Newer Post Older Post Home