Honestly, I've never considered myself much of a writer and though I do still make content here and there, most of it is consigned to my Twitter. My Twitter is excellent and you should be reading it. Follow my Twitter you cowards.

A n y w a y, your boy is back again with GRIND McROO: SKATE NO BOUKEN! An excellent artist who goes by Grind3h on Twitter posted an adorable drawing of an old character of hers named Grind McRoo:


A rollerblading dragon kangaroo? The first thought that came to mind was "forgotten 16-bit mascot game that never made it out of Japan" so I got down to business. 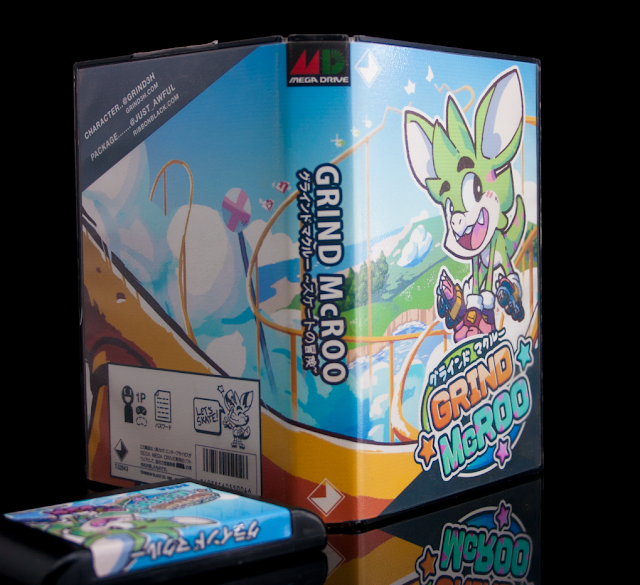 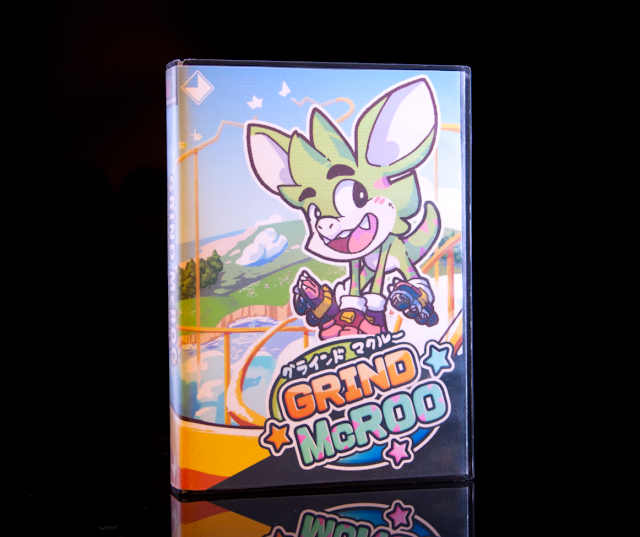 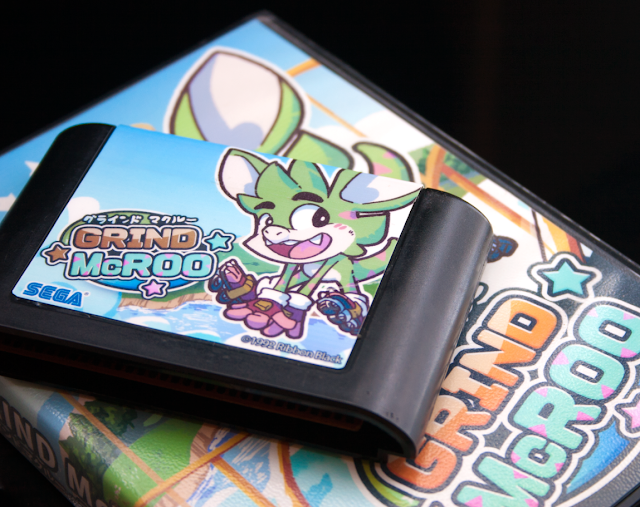 So we've got a couple issues here, the cartridge is obviously a western Genesis cart instead of a Japanese Mega Drive one. I was also not feeling nearly energetic enough to pixel any mockup screenshots for it (might try one later, though).

Overall though I really like how it turned out, and it was fun and rewarding to do a Japanese style package without the constraints of all the various logos and borders and other things that mess up their western box art! 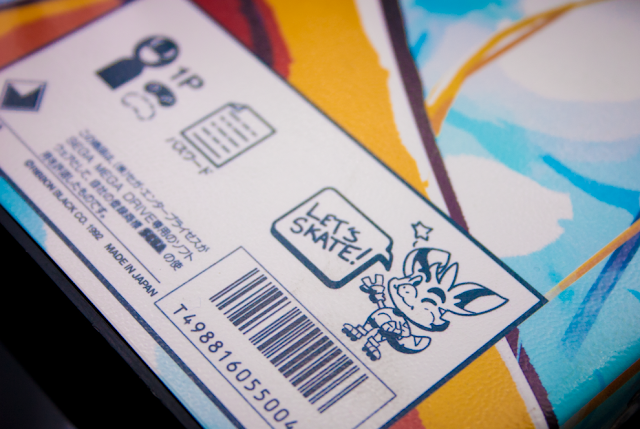 Check out Allie's work at Grind3h.com and thanks for looking, as always. The theme of my next few posts will be "Weird Racing Games" (real games this time) 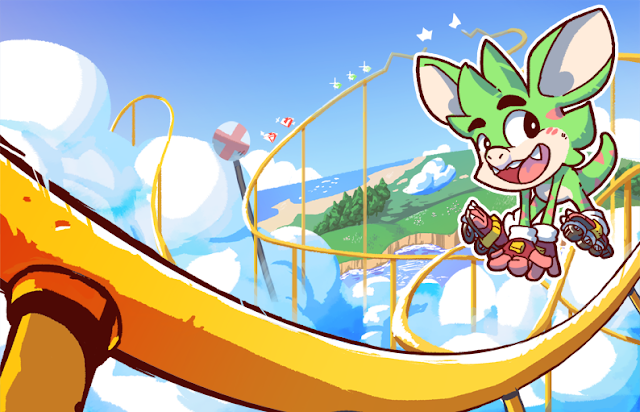