I often go to the local flea market in search of retro videogames, as many of you probably do. Of course, living in the swamps of south Texas you'd be surprised to know that I rarely find anything interesting!

However, this weekend I dropped by and not only found an NES racing game I'd been looking for (Al Unser Jr's Turbo Racing) and a $2 copy of El Viento for Genesis (of all things), I picked up the one of the stranger gaming related things I've seen there. 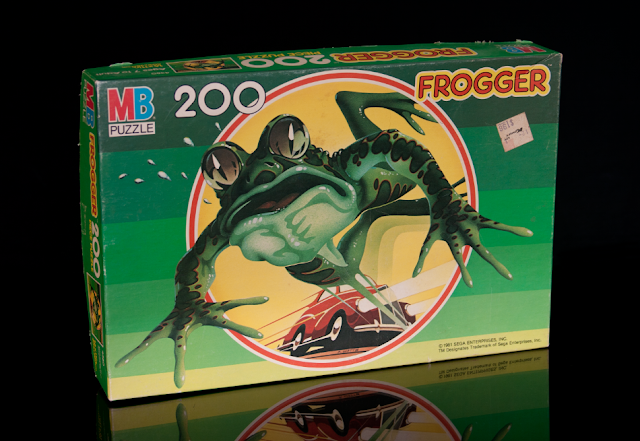 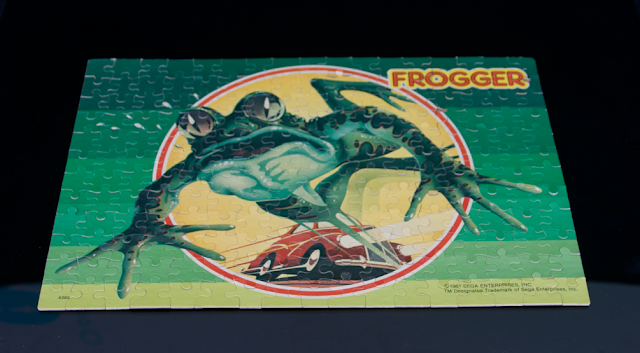 And it's complete too! Wasn't even expecting that--I figured 50 cents was worth it just for the box. 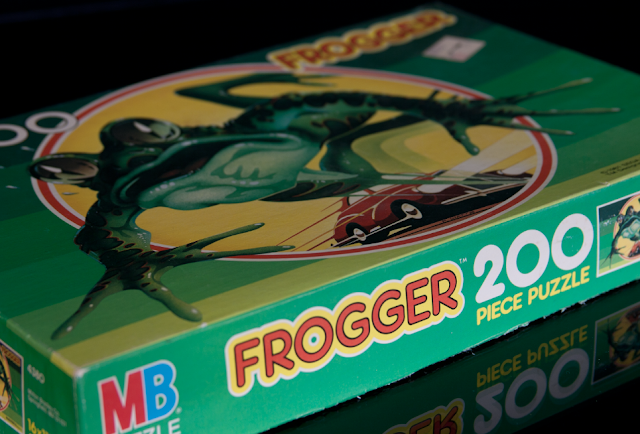 Speaking of the box, it raises the question: What exactly are the guidelines for official Frogger art? I mean, that's a fairly realistic frog currently pissing itself up there. Here's the original arcade art:


But to be fair, there are more renditions (and releases) of Frogger than there are stars in the sky. At least the puzzle doesn't feature the character design they eventually settled on. 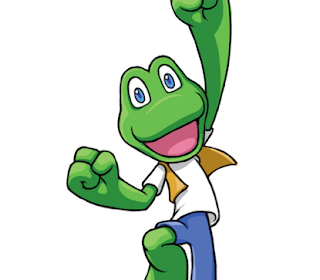