Musya: The Classic Japanese Tale of Horror, developed in 1992 by Jorudan.

This game, as the title suggests, is very Japanese! So much so that even the localized version retains a lot of kanji in the user interface. Interestingly, the titles of each stage use Japanese words even if they weren't in the original--for example, stage one is titled Kihōshōnyūdō (鬼宝鍾乳洞 "Oni Cave") in Japanese, whereas the US version is titled "Tengumara Cavern", a whole different Japanese phrase with a different meaning.

In a time when companies like Jaleco were doing THIS shit:


a localized game staying so true to it's roots was worthy of note. 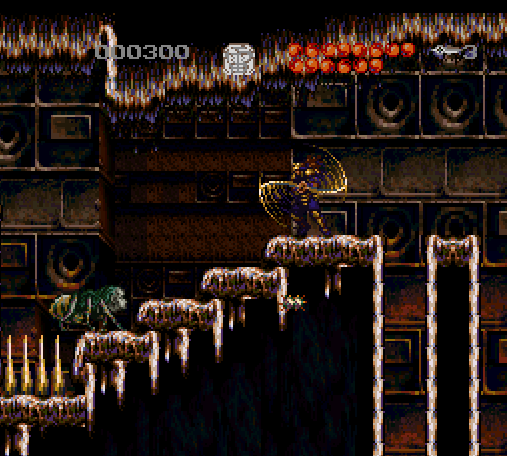 The legitimately creepy enemies are taken straight out of Japanese folklore. 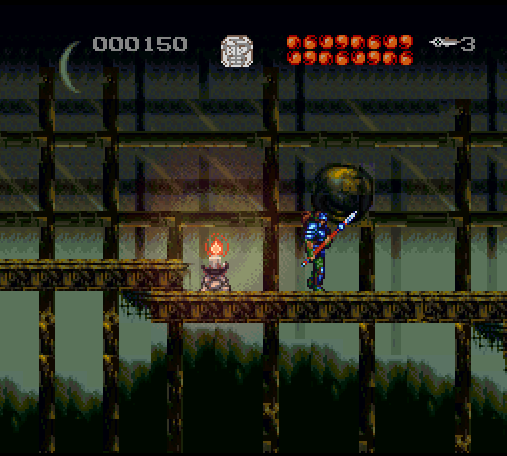 The graphics are highly detailed, bordering on muddy. However, they do a great job of setting a bleak and muted atmosphere that avoids the cartoony look you'd expect. Your character, the spearman Imoto, has a few options for attack--including a Zelda 2 style downward stab, a too-weak-to-be-useful spear spinning attack (though I believe it's for stopping projectiles), and a handful of spells earned after defeating each demon.


NOW it's starting to feel like Halloween around here. Not my screenshot though--I kept getting stuck on stage 3. 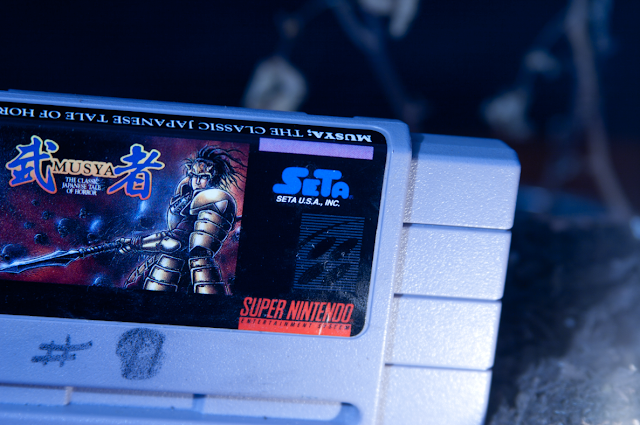 Try Musya if you can get your hands on a copy, it seems to be a platformer people rarely talk about.