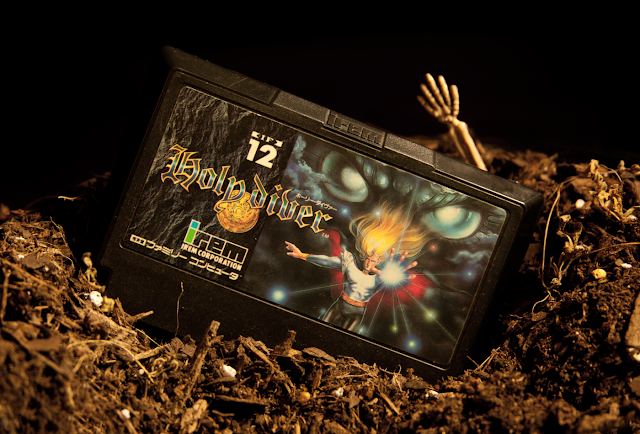 The first thing you'll say is Dio. The second thing would probably be Castlevania. The third thing would be "I give up." Holy Diver is one of the hardest games I've ever played that isn't difficult due to bad game design. 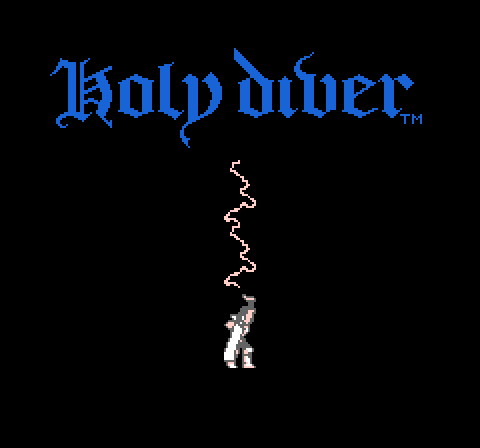 Watch out title screen! Castlevania comparisons are hard to avoid, but this game adds a bit to the formula, with various spells to learn and switch between at will throughout the game. Health pickups are much more common, with the ability to increase your maximum health. 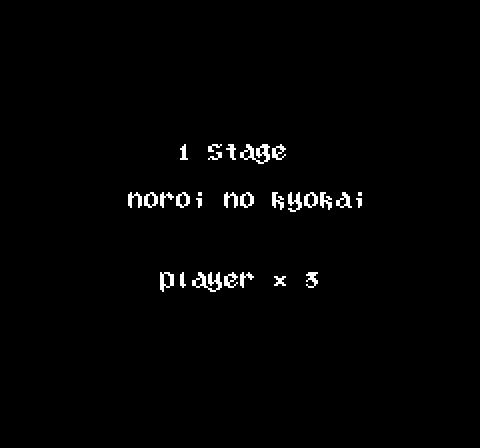 I like how the stage titles are romanized--I believe the first level would be "Cursed Outskirt" or "Cursed Boundary". 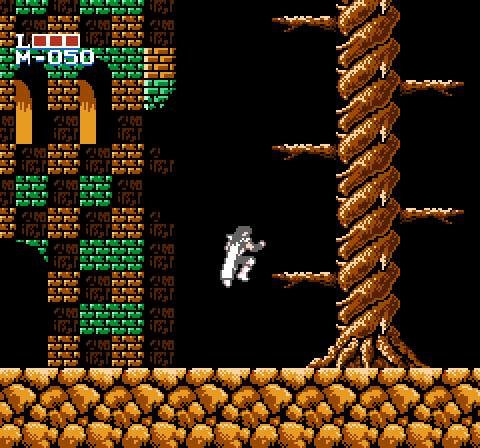 The game's plot is unbelievable and influenced by classic metal bands such as Dio (obviously), Slayer and Black Sabbath. Biggest disappointment for me? Nowhere in the game is there an 8-bit rendition of the Dio song that lends the game its name.

Holy Diver's difficulty will flatten your balls. Give it a try this Halloween!