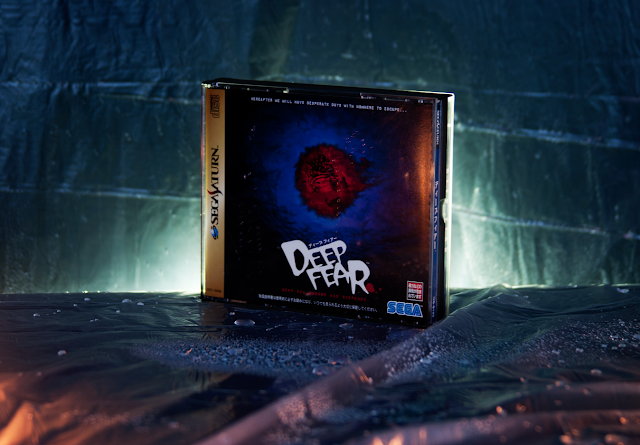 Deep Fear, developed by ISCO in 1998 (a contemporary of Resident Evil 2) and released onto Sega Saturn in Japan and Europe only. Deep Fear has the distinction of being Europe's last Saturn release, and they chose quite a note to go out on. 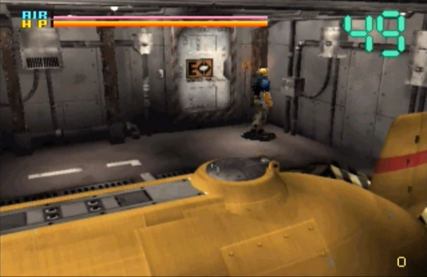 Gameplay wise? It's Resident Evil. Story wise? It's bananas. To briefly sum it up, ex-SEAL John Mayor is part of a rescue team called the ERS and must survive the horror of mutant creatures with murder on their mind--UNDER THE OCEAN. Gameplay takes place in an underwater research station called the Big Table. 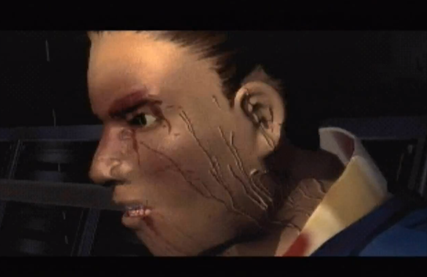 The game's many cutscenes are well done for the time, but the voice acting must be heard to be believed.  The sound effects are sadly subpar, which hurts the immersion factor; still, I think the monster's moans can be downright haunting. This however is coming from a person who once paid his brother to walk through a scary room in Resident Evil, so take it as you will. 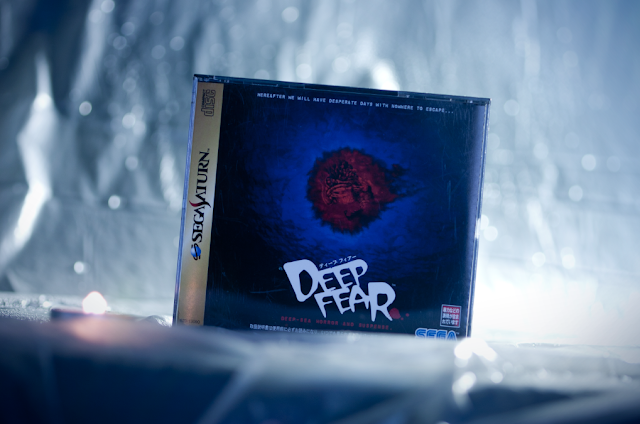 For the record, this was the most fun "photoshoot" I've done yet--choosing which ones to post was tough. Of all things to have a passion for, themed video game package design photography is mine. 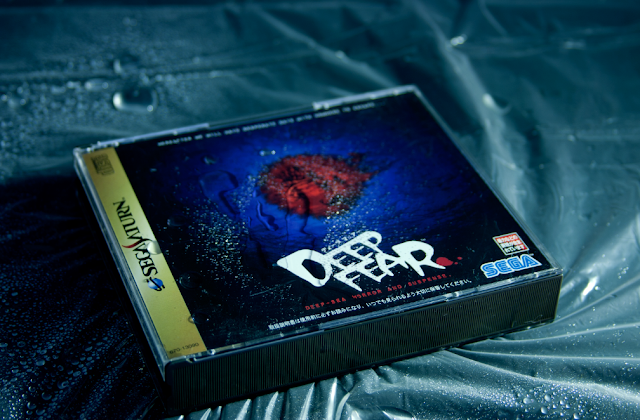 "Hereafter We Will Have Desperate Days With Nowhere To Escape..."

Hell yeah. Deep Fear's tagline certainly ranks up there with RE's "Enter The Survival Horror." And just in case that, the box art and the title didn't transmit the message clearly, blood red words at the bottom lay it on the line for you: DEEP-SEA HORROR AND SUSPENSE. I love this game's packaging more than the game itself.


If you can't get hold of the European version, the Japanese one is more affordable and very playable without knowing the language!

Ever played Deep Fear? Got any other suggestions for Survival Horror style games (any system)? I'm looking for more things to play this October!
Posted by Ribbon Black at 6:27 AM
Email ThisBlogThis!Share to TwitterShare to FacebookShare to Pinterest
tagged with: deep fear, halloween, i love video games, sega saturn
Newer Post Older Post Home