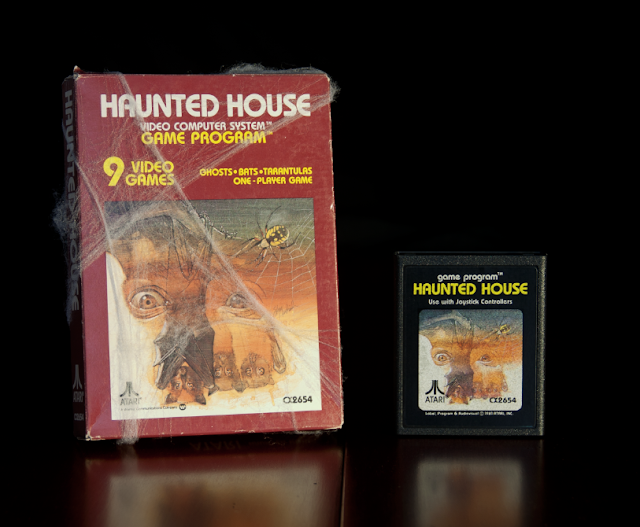 Haunted House, developed by Atari for the 2600 in 1982--a year before I was even born, making it the first game on this blog that was truly before my time. While you can probably guess that the NES was the console I grew up with, my parents did have an old Tandy TRS-80 Color Computer, which gave me an early insight into this sort of thing with games like Dragon Fire. Haunted House, as I learned, is even more primitive looking than that. 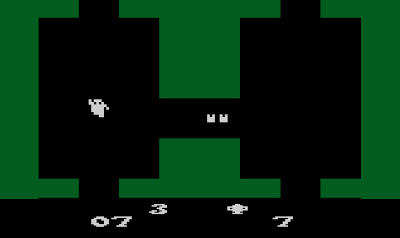 So...how about that box art? I do love the ghost coming in for a high-five though.  One bit of praise you can give Haunted House, however, is that things look like they're supposed to. That's more than you can say for many Atari 2600 games at least. 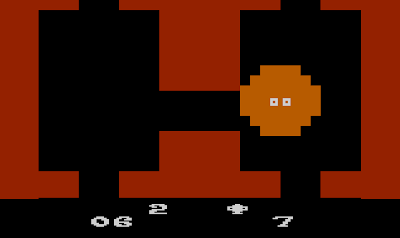 Here is the hero lighting a match. I thought the match would allow you to see his body too, but maybe the house is just that dark. The premise of the game involves your eyes going to the haunted mansion to collect the pieces of a missing magic urn that belonged to the first inhabitants of the town of Spirit Bay. All you need to know is that items don't show up unless you light a match and turn into Meatwad up there Also watch out for bats, spiders and the ghost of Mr. Graves, the former resident of the mansion. 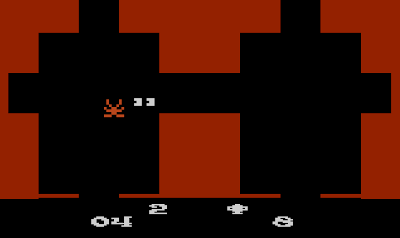 I know I said everything looks like it should, but in the screenshot above I think the character is trying to decide if that's a spider or if a ghostly crab crawled out of Spirit Bay. Whatever they are, just avoid em if they chase you. Amazingly, Atari remade Haunted House in 2010.
Posted by Ribbon Black at 9:14 AM
Email ThisBlogThis!Share to TwitterShare to FacebookShare to Pinterest
tagged with: atari 2600, halloween, haunted house, i love video games
Newer Post Older Post Home