A Month of Horror Games - Hellnight 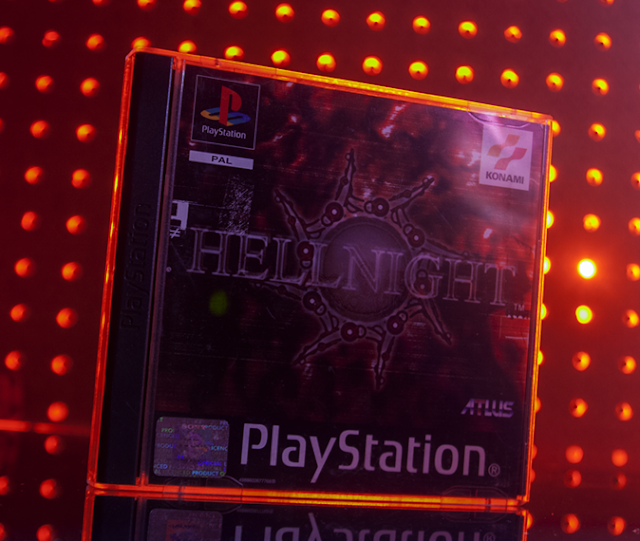 "None of it seems real, like it shouldn't be happening..."

Hellnight (known as Dark Messiah in Japan) feels like a bad dream come to life. The crude, lo-fi graphics give the impression of some cursed VHS tape you found abandoned in the gutter. The soundtrack is eerie, minimal and super effective, consisting almost entirely of 2-4 second loops interspersed with foreboding stretches of silence. Despite this the music never gets annoying or repetitive in a bad way; the mood is set perfectly by it.


Even though the world of the game is ostensibly populated by other characters, you never actually see them in the "flesh". Rather than depicting characters as 3D models in-game, when you run across a character they appear as a 2D graphic overlaid on screen, to off-putting effect. Though this approach was probably taken due to technical limitations on the part of the developer, it ultimately succeeds in creating the surreal feeling of a lifeless world--even with other NPCs present. 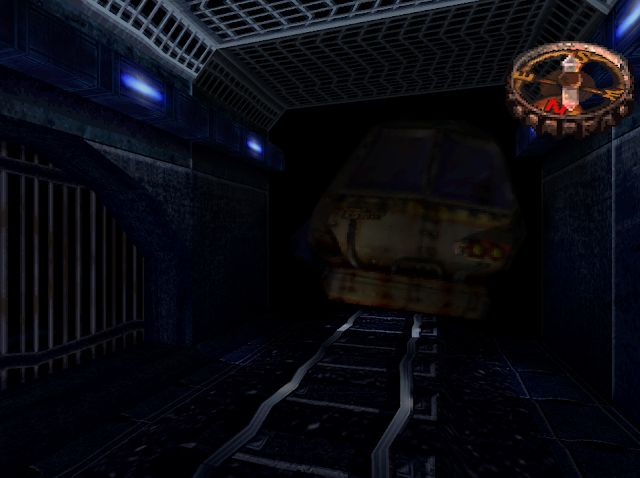 The premise of Hellnight drew me in right away: below the streets of Tokyo is another, darker world--the Tokyo Mesh. Built during World War II, this subterranean labyrinth was meant to be a base of operations for the Japanese army. Now it is home to outcasts and criminals, people who are unable or unwilling to coexist with the outside world.

The unnamed protagonist finds himself in the Mesh after being chased into a subway car by a group of cultists calling themselves the Holy Ring. A man appears in the middle of the tracks and the subway crashes--soon after, the man mutates into a monstrous humanoid creature and begins killing passengers. The player escapes with a high school student named Naomi and the pair find their way into the underworld, and then the shit really hits the fan.

What is at the bottom of the Tokyo Mesh? Where did the creature come from and what does it want? And how is Holy Ring involved in the whole mess? Having recently beaten the game I can guarantee that wherever you think the plot is going, you're wrong.

Basic gameplay involves escaping the creature's pursuit while trying to find a way back to the surface. This involves dealing with the odd and often disturbed citizens of the Mesh; generally involving a series of fetch quests or light puzzles. In classic RPG style, fulfilling an NPC's request usually results in a clue or item that brings you a step closer to finding an escape from the underground.

The monster cannot be killed. If it's close enough for you to hear it breathing, it's time to run! The Tokyo Mesh is full of dead ends, blind corners and locked doors so awareness of your surroundings (and frequent map checking) is critical.

It's also critical that you keep Naomi alive; if the monster touches you, your partner will die. If it touches you again it's game over. Other partner characters can be met throughout the game, but Naomi is the only one with extra-sensory perception! It doesn't work all the time, but if you're lucky the monster's location will be shown on the map when it draws near. Take care of Naomi, for real. 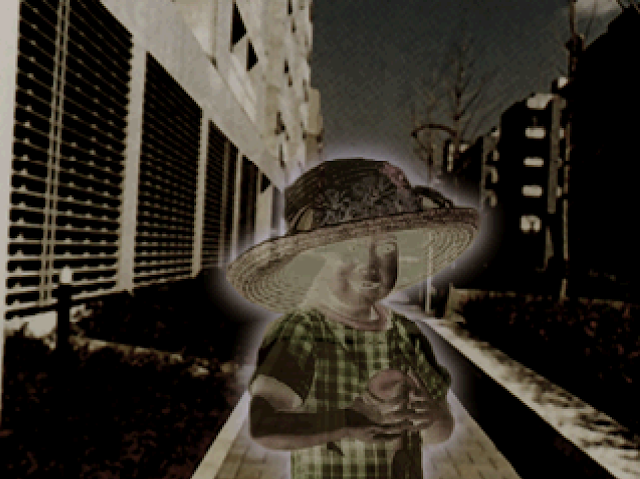 Hellnight was released on PS1 in Summer 1998 in Japan, and hit Europe a few days before the end of 1999. And that's it--no North American release whatsoever, making the game somewhat attainable (the PAL version is in English, French and German) but off the radar of many western gamers for years.


Talk about a blog long in the making! I was trying to get my hands on this game for two years before I found a copy affordable enough for me to take the plunge (still expensive). I'm fortunate enough to have a modded PS2 so playing it on real hardware is an option for me. For everyone else that isn't in Europe I STRONGLY recommend giving it a try via emulation! The atmosphere is truly one of a kind and I believe this is gonna be one of those legendary horror game gems in the future. 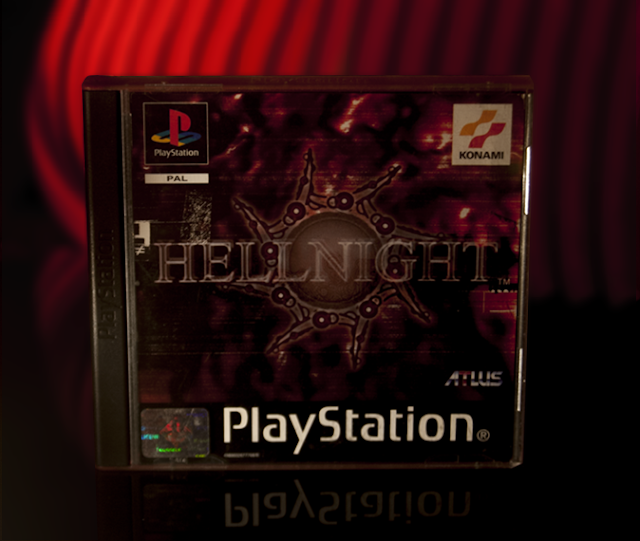