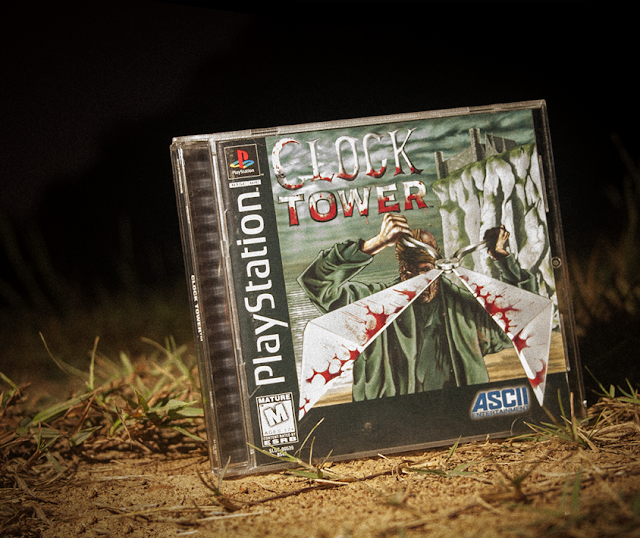 "Who will survive this game of murder?"

As amusingly dated as it looks now (and let's be real; the game looked like fried dog shit in 1996 too), this PS1 point-and-click horror game actually got my heart pounding back in high school!

What western gamers knew back then as Clock Tower was called Clock Tower: The Second Fear in Japan. (the original was released a little over a year before on Nintendo's Super Famicom). This somewhat explains the sequel's straight-up baffling intro cutscene, which opens with the climax of the previous game, in which the protagonist Jennifer Simpson escapes an enormous mutant baby before blowing it up. 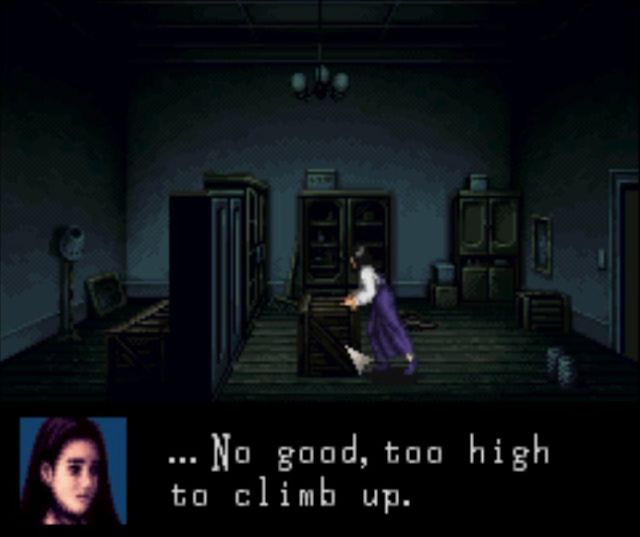 The point-and-click interface between the two games is similar. The switch from the original's moody, thoughtfully constructed pixel art to full 3D, though...


The general flow of the game is described thusly: players control one of several characters as they travel around through interminable story sequences, talking to NPCs and making seemingly innocuous decisions that determine which of five endings they will reach. Eventually we get to the main event, in which the character finds his or herself alone and pursued by the Scissorman, a mysterious and seemingly unstoppable masked killer. Players must collect items and solve puzzles to escape, all the while ensuring that they aren't cornered and perforated by our boy.


The developers were obvious fans of classic horror (at this point can we call 80's slasher movies classic?), as evidenced in many of the action beats during chase sequences. Scissorman can seemingly come out of anywhere--restroom stalls, under beds, through the floorboards, and god knows where else. Each encounter is randomized to keep you on your toes.

Speaking of variety, if you have the patience for multiple playthroughs there are 10 endings to uncover depending on your actions during both the story and escape sequences. Many of these are quite cryptic, but hidden "hint files" around the game can give the player...hints. Just use GameFAQs. 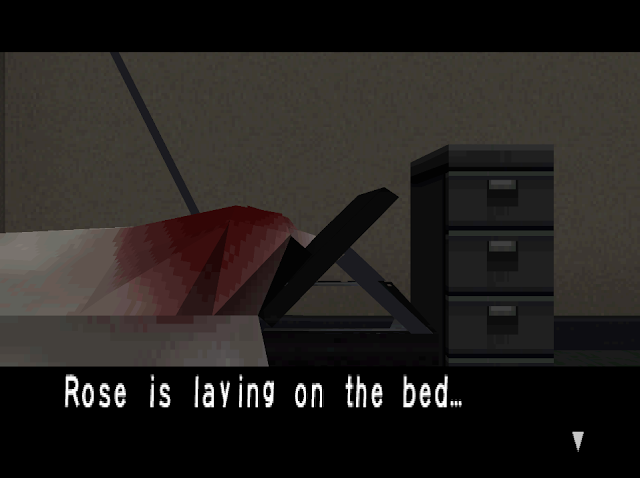 Crude as Clock Tower's presentation is, this part got me good; I was examining lockers in this hallway when I just happened to check one that Scissorman was hiding in. He leaped out with a classic horror soundtrack stinger and I hauled balls to the nearest office, where I hid under a couch like a coward until he lost my trail. 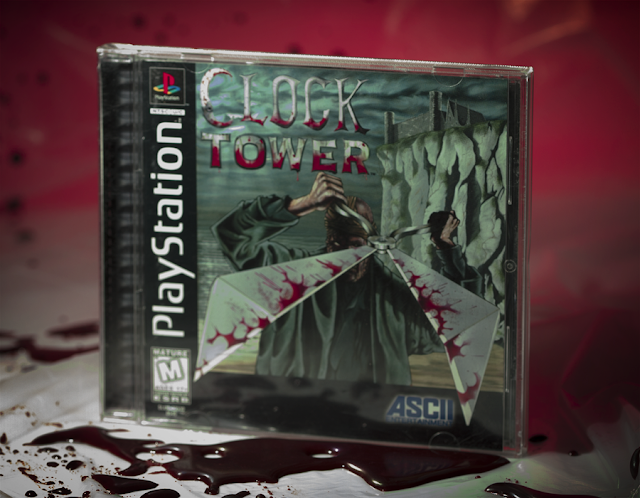 The number one reason this game still works is its minimal but excellent soundtrack. There are only a few pieces, with only the sound of the player's footsteps comprising the bulk of the gameplay. During horror beats the silence is broken by a low, foreboding drone. And when shit gets for really real we're treated to the awesome chase theme, usually accompanied by the instantly iconic sound of Scissorman's shears opening and closing with every step. Just awesome. Here's a great scene that illustrates the flow of the escape stages: 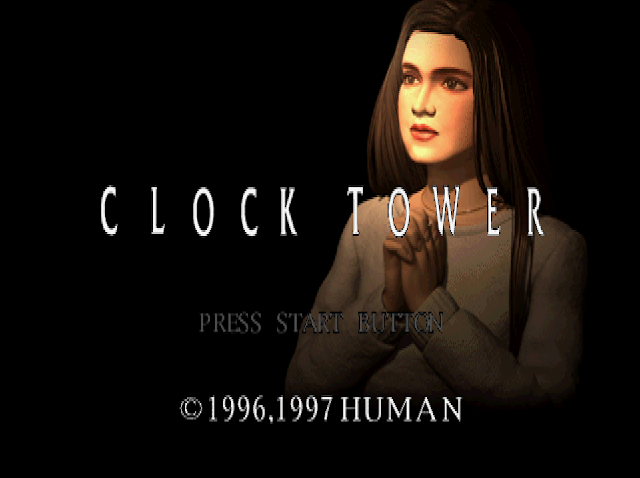 I love Clock Tower. The characters and script are dumb. The gameplay is ponderous and the premise strains credulity to the limit. But damn it, I still get scared. Give it a try!
Posted by Ribbon Black at 12:00 AM
Email ThisBlogThis!Share to TwitterShare to FacebookShare to Pinterest
tagged with: clock tower, halloween, horror, playstation, ps1, scissorman
Newer Post Older Post Home