The Duck Hunt Dog’s OTHER Game

...and the Most Unlikely Licensed Game Nintendo Ever Made.

Lately, the internet has been abuzz over the new Smash Bros. For 3DS (a title I can only imagine was chosen to keep parents from getting confused). Specifically, a lot of people are excited about the return of the most judgmental video game Dog ever made: 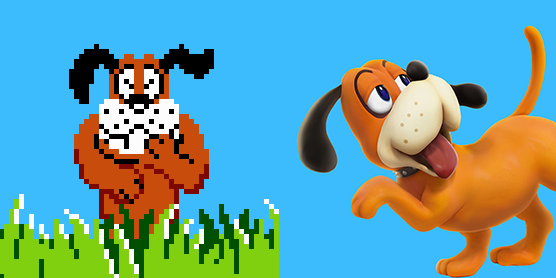 People who grew up with Duck Hunt on the NES are kind of conditioned to hate this guy, but he’s so cute in Smash Bros. I was won over instantly. A lot of people have called it the Dog’s first appearance in 30 years, but DID YOU KNOWWWW? Not counting the fact that he makes appearances in the Warioware titles, the Duck Hunt Dog was a featured player in a 1989 NES game you’ll be forgiven for never having heard of: Barker Bill’s Trick Shooting! 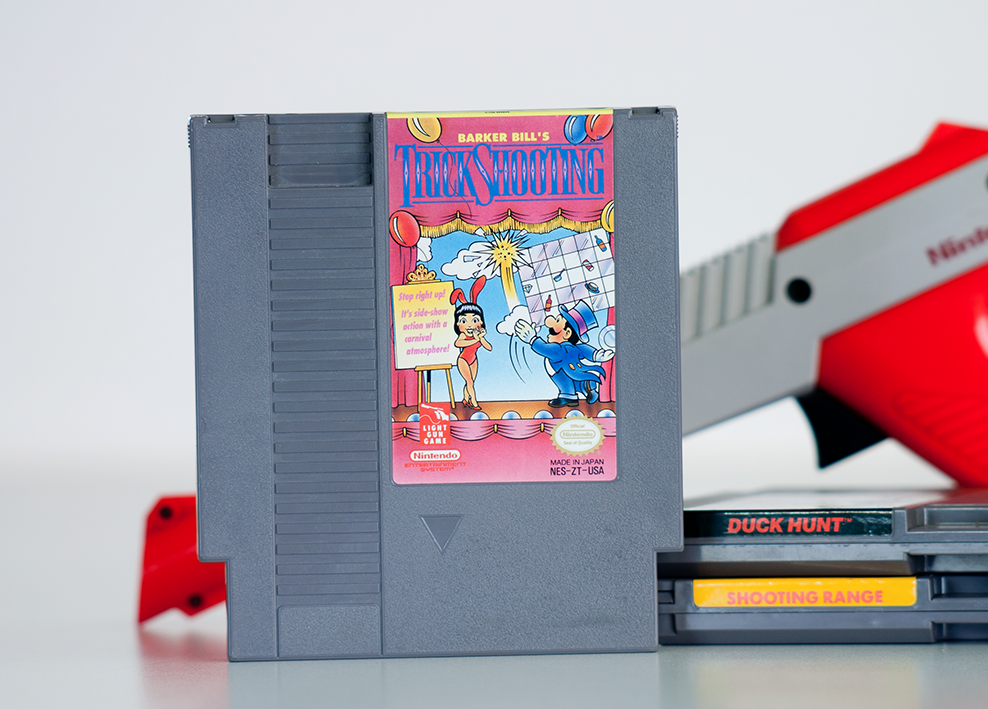 So, why is the most famous video game dog’s other game so obscure?

I picked it up for three bucks at a used game store simply because I wanted more Zapper games to play; imagine my surprise when this generic looking cart turned out to be a first-party Nintendo title. My theory on the game’s obscurity is that Barker Bill lacks the rich ‘duck hunting’ narrative of Duck Hunt and the good package design of every other Nintendo-developed game—it’s not surprising that no one lists it in the greater Nintendo canon. The game’s title sounds awfully generic too, but not in the good old ‘black box’ style of Nintendo’s launch games. Even worse, the label art definitely has that ‘cheap third party release’ thud to it. One of the most interesting reasons it’s likely escaped your notice is that it’s actually a licensed* game with a property that 100% of its target audience is too young to have ever heard of: 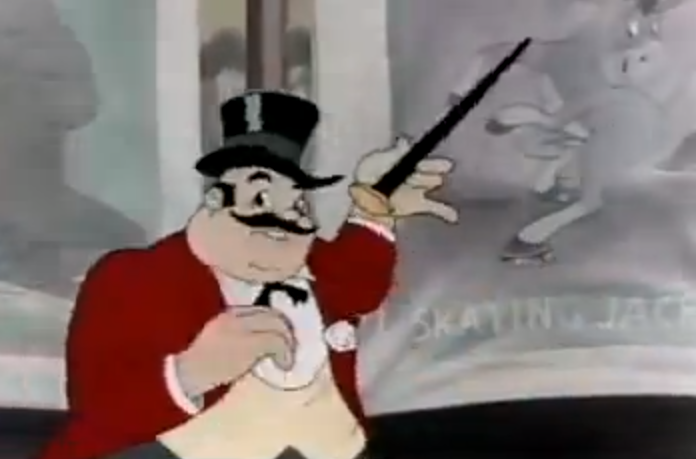 It’s Barker Bill’s Cartoon Show, kids! You know, the 15 minute TerryToons clip show that ran from 1953-1955? No? I’ve never heard of it either. If you know TerryToons for anything it would be Mighty Mouse, but the studio had quite a catalog of 1930’s cartoon shorts that they drew from for the Barker Bill show. I won’t bore you with the history lesson in an article about the Duck Hunt dog, but more info on Barker Bill’s Cartoon Show can be found here. 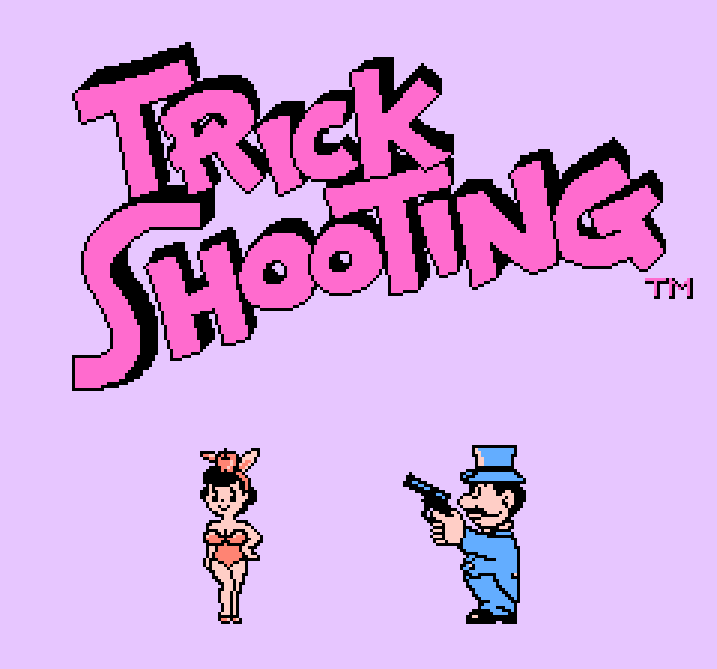 Here’s our hero now, with his lovely and trusting assistant. But Barker Bill doesn’t introduce cartoons anymore—he blows shit up. 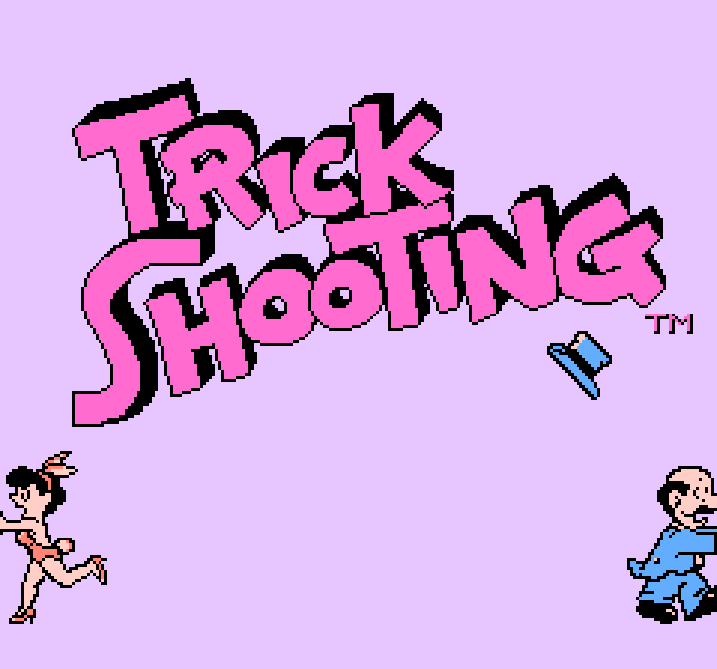 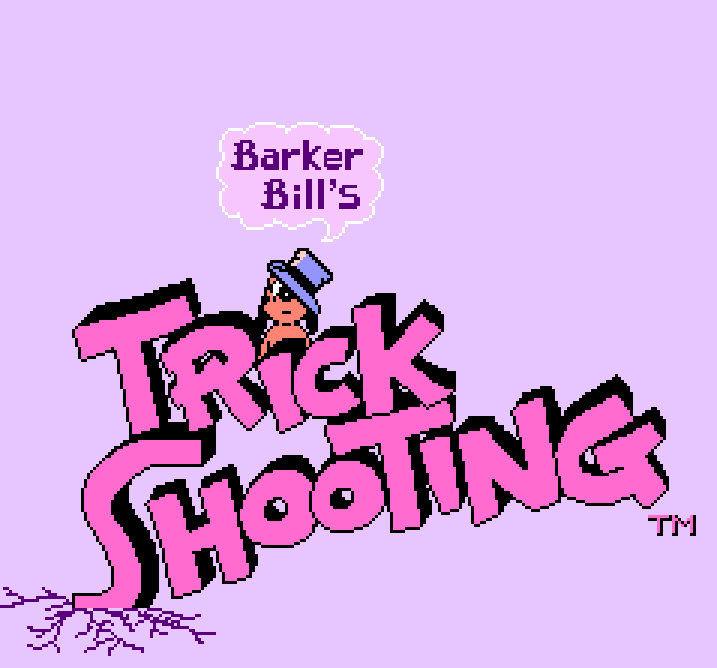 After a wild shot brings the title screen crashing down and nearly ending the lives of the game’s mascots, the real star of the show makes his appearance. He's cute! And missing his white muzzle fur, for some reason. Once you hear the laugh though, you know you're dealing with the genuine article. At this point we’re brought to a rather sparse game selection screen. 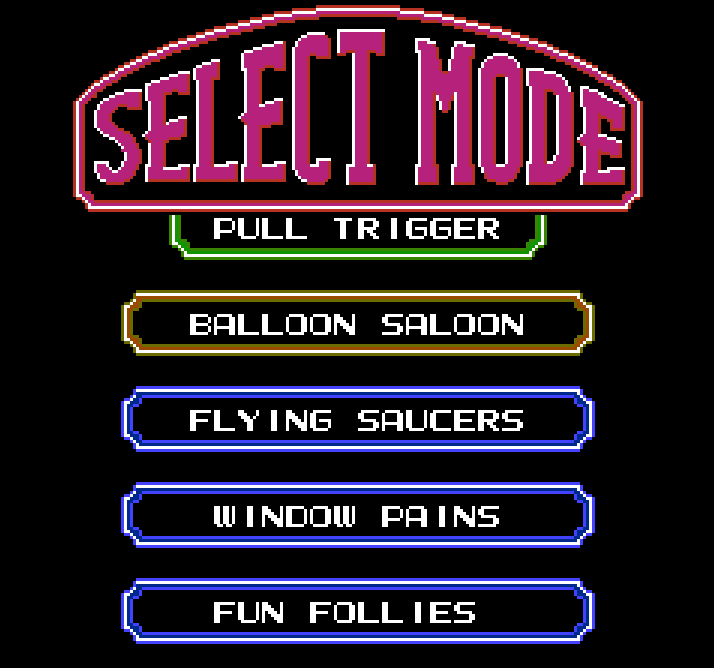 I say rather sparse, but to be honest there’s exponentially more content here than Duck Hunt. Why, then, do I like Duck Hunt better? I guess it’s just got that X Factor, man. I would say it’s Hip Tanaka’s soundtrack, but he actually reprises his composer role here. The charming super-simplicity of his older work is missing, however.

Dog’s game is Balloon Saloon, a game that is short on saloons but long on balloons. Also, a cardboard rabbit family. The gameplay is simple: balloons float out from behind the rabbits in an unpredictable arc and you must kill them. An interesting mechanic borrowed from Duck Hunt is the 3 round magazine for your gun—but because the balloons fly out continuously rather than in two-duck waves, using up three shots without popping the onscreen balloons isn’t a guaranteed miss for you. Instead, you simply have to wait a second or two while your character reloads. Doing well leads to faster, more erratic balloon patterns and eventually the dog will begin popping up where the balloons do to trick you into shooting him and losing a life. That’s right, you can shoot the Duck Hunt dog, and you better believe I was gunning for him.

Run out of lives(from letting balloons get away/shooting our friend) and it’s game over, complete with a classic mocking laugh from the dog. So should you play it? Sure, why not? It can be found extremely cheap for a real copy, and of course there’s nothing to lose from giving it a try on emulator. While somewhat repetitive and lacking the archaic charm of Duck Hunt, it’s cute and mixes up the action with a variety of game types. And of course, any collector should have a copy of Barker Bill's only video game, right?


*Actually, the game may not even be licensed; Barker Bill's Cartoon Show is probably in the public domain.
Posted by Ribbon Black at 10:41 AM
Email ThisBlogThis!Share to TwitterShare to FacebookShare to Pinterest
tagged with: duck hunt, history, i love video games, NES, nintendo, smash bros.
Newer Post Older Post Home