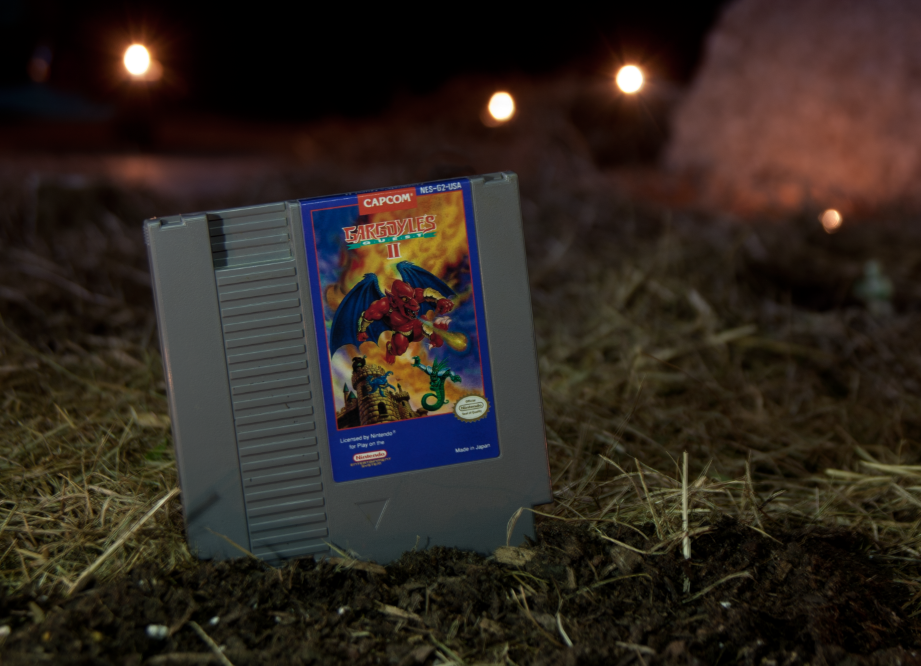 That's right, there is a franchise of horror themed action RPGs featuring THIS asshole:

Red Arremer, the near-undefeatable enemy from the Ghouls n' Ghosts series, is the protagonist and he still does that same infuriating walk. I'm getting ahead of  myself, though. This is Gargoyle's Quest 2! 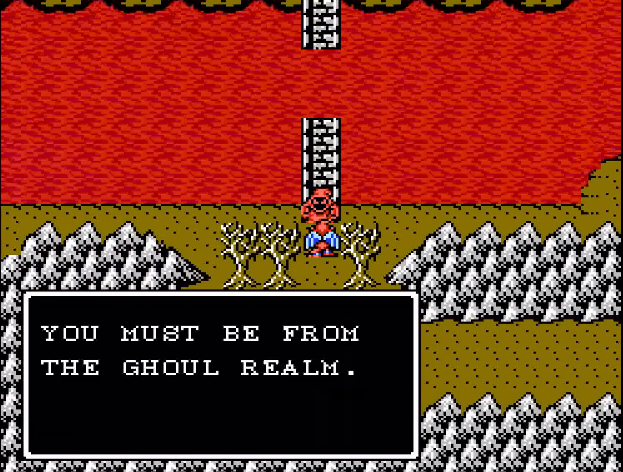 The first thing you will notice about this game is that it is, ostensibly, a role playing game. RPGs were so hot in Japan that all sorts of games would adopt superficial trappings of the genre, and if there was ever a game that didn't need it this is one of them. You collect items to progress, but they sit in your inventory as unusable story triggers--basically, go to one place and clear a sidescrolling stage to get something that another character wants. On rare occasions you can actually select the item in your menu to use at one specific spot, but the main attraction, and what Gargoyle's Quest 2 deserves praise for, are its action stages. 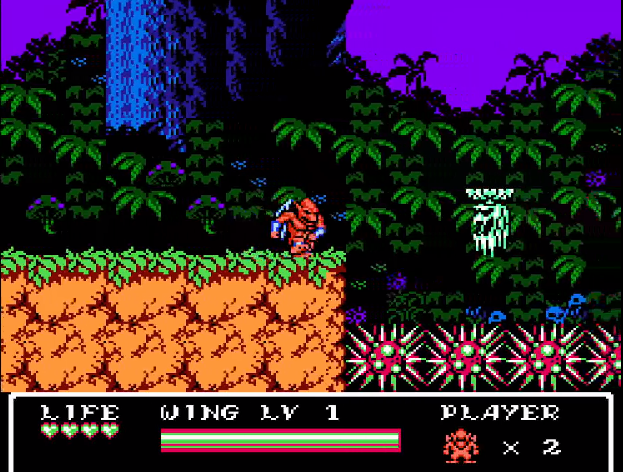 By the time Gargoyle's Quest 2 was released the Super Nintendo/Famicom was well established both in Japan and  North America and developers (particularly top notch developers like Capcom) had learned to squeeze every drop of performance out of the nearly decade-old NES/Famicom. That isn't to say that the game is particularly complex, but graphically it's one of the most impressive on the system (Coincidentally, the sequel Demon's Crest/Demon's Blazon is for my money the most beautiful SNES game ever made).

The game looks great and as much as I love to hate Red Arremer, he's fun to play as. Beating a boss or progressing in the story will earn you enhanced jumping ability, flight duration, physical defense and projectile attacks. By the end of the game you have the power to jump ridiculously high and hover indefinitely! It would be fun to wreck things in Red Arremer's final form but at that point in the game you only have a single stage and a very underwhelming end boss to defeat. 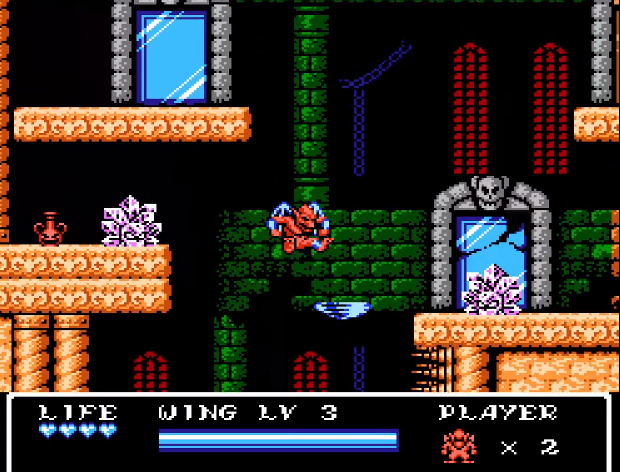 Gargoyle's Quest 2 is getting more expensive on the secondary market...I got my copy last year for about 30 bucks and it seems to be trending around 60-70 on eBay lately. It's not particularly difficult either--I beat it in about 2 hours and I've seen speedruns of around 30 minutes. Assuming you don't get stuck at a certain terrible jump in Gaza Valley like I did, it's a fun, spooky Halloween game to breeze through this month. Especially if you're a Ghouls n' Ghosts super fan like me! 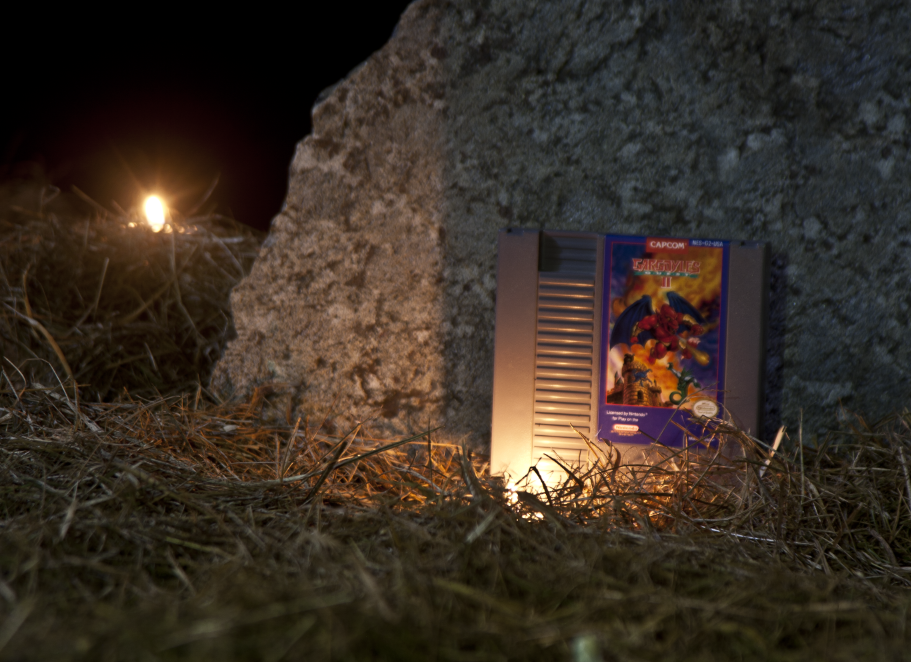 Yes, I built a rendition of Ghosts n' Goblins stage 1 for my cartridge to hang out in.
Posted by Ribbon Black at 3:13 AM
Email ThisBlogThis!Share to TwitterShare to FacebookShare to Pinterest
tagged with: capcom, ghouls n ghosts, halloween, i love video games, NES, nintendo
Newer Post Older Post Home