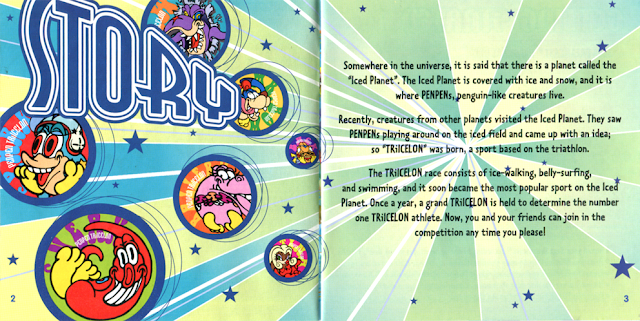 Who'd have thought I would have this much to say about PenPen TriIcelon?

Looking through the game's English manual I was actually shocked at how colorful and fun it was; often times localizing a game from Japan would result in a boring, stripped down manual, or worse: bringing a color manual to the US and making it black and white.

PenPen's manual, on the other hand, is so nice that I knew it must have been a direct translation from the Japanese. And I was right...almost.


This is kinda super weird: Infogrames brought over PenPen's busy, colorful manual almost exactly, but with one particular omission: two of the Course Owners (basically the "mascot" of each stage) are SMOKING IN THE MANUAL!! 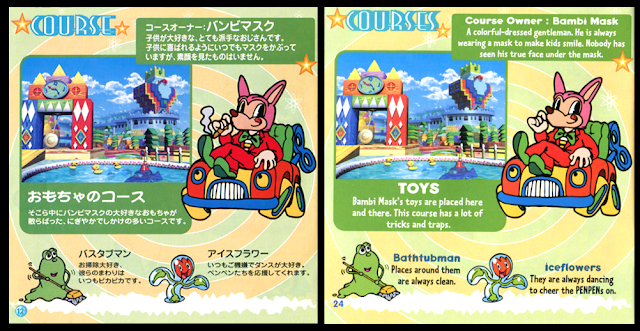 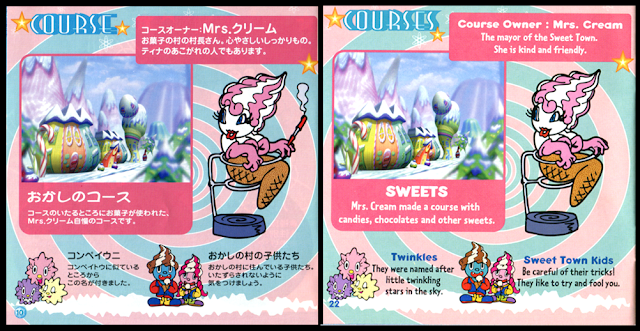 Don't even worry, Infogrames put a stop to THAT SHIT right away. This is a noble enough gesture--they wouldn't want to be a bad influence on the three children who bought PenPen TriIcelon--but in localizing PenPen, they didn't see fit to make any changes to the actual game. You know, the part that kids are actually going to see. 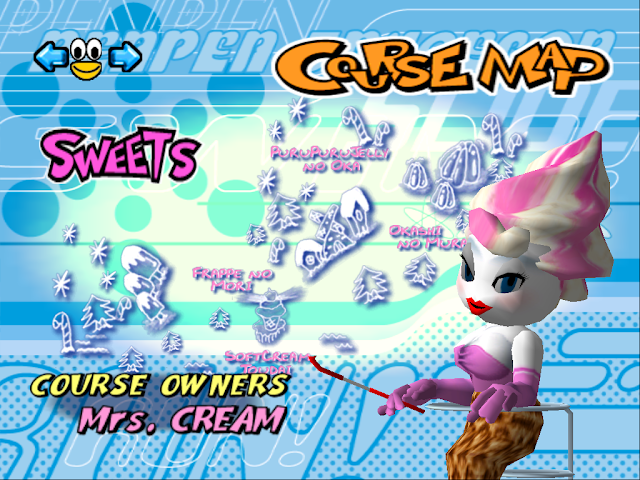 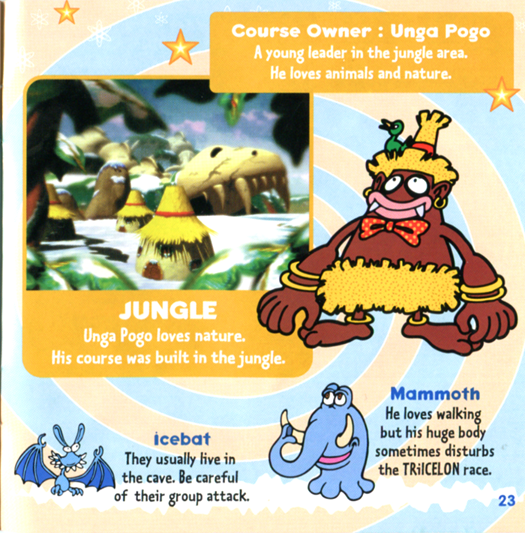 And again...baffling caricatures like Unga Pogo are still A-OK! Don't even worry about THAT 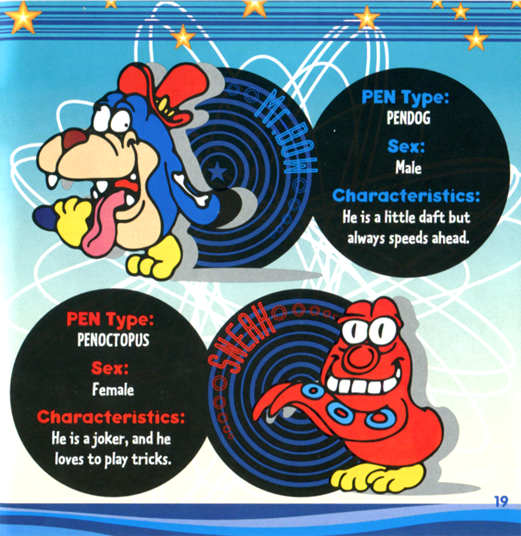 Here's a typo I found amusing--in the characters section, Pen Pen Sneak is listed as "female", even though the bio refers to him as "he". Are we seeing another Birdo situation? 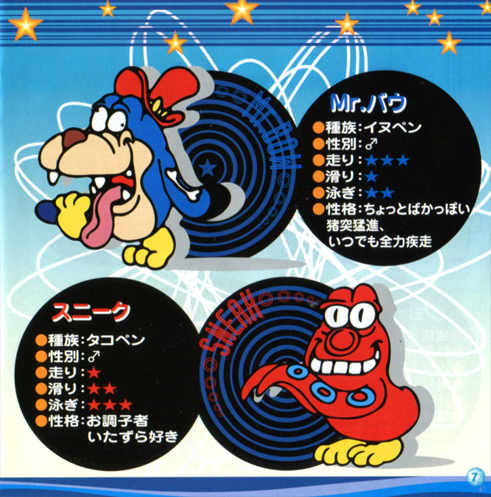 I thought there might be something going on here, but looking at the manual he's listed as male. 0/10 nice job Infogrames. 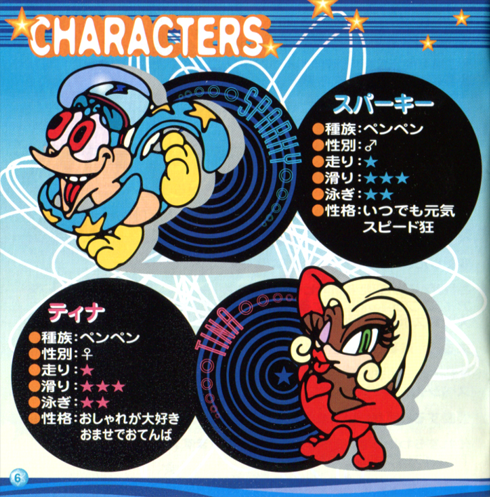 This omission is kind of irritating and there was no need for Infogrames to make it! Check out the three stats in the character bios denoted by stars in the scan above: this is each character's ability in Sliding, Waddling and Swimming. However, this actually useful information was taken out of the US manual? Infogrames why 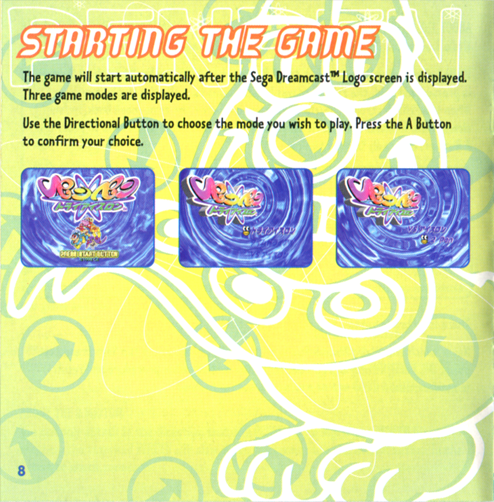 Lastly for this section: I wouldn't call it a mistake, but they really did basically just translate the Japanese manual for the most part--all of the screenshots are from the Japanese version of the game.

New in the English Manual

Not much new here...as before, for the most part the only real changes between the two manuals are in page order and censoring the smoking characters. However, the English manual teases secret characters and levels with a luxurious two-page spread that honestly is kind of a waste of space. 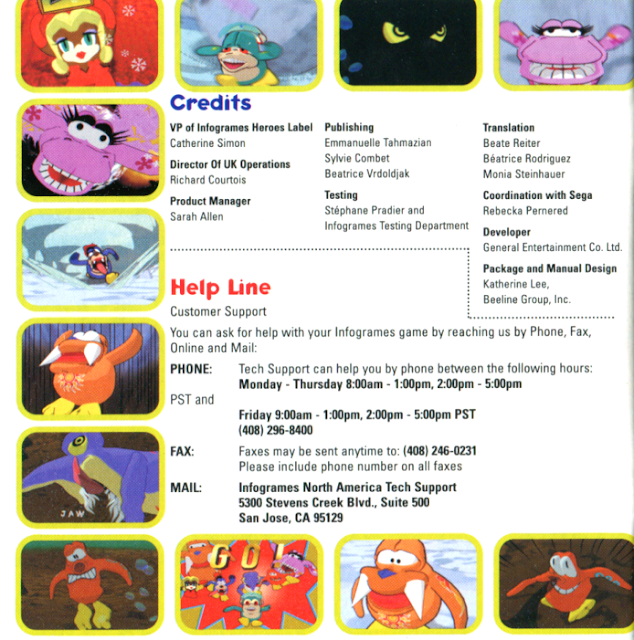 Lastly we have a relic of the late 90s: the Help Line phone service. Most developers and publishers had these! Did anyone ever use them? The only time I ever called a hint line was when I was about nine years old. I don't think it was developer-specific though, just a generic Hot Tipz To Win service; I couldn't get past the mine cart level in Sega Genesis Taz-Mania because I didn't know you could press forward to speed up. I was, and remain, a dumbass.

I wish I had called some more of these before the internet made them obsolete though! Wonder if Infogrames still maintains their help line? 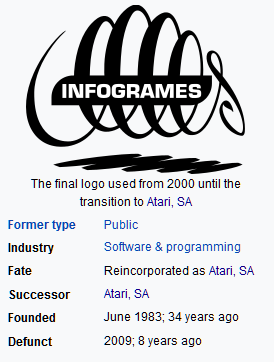