Add to this the fact that games weren't yet at the stage where gargantuan development costs required everything to be committee-designed and focus-tested into oblivion to maximize consumer appeal, so lots of creative designers were seeing just what kind of experiences you could make with all this new technology.

Isn't it interesting that some developers used this limitless freedom to make games where the player barely did anything?

That might sound more damning than I intended; the purpose of today's subjects is to let the player do something that most people people won't get to experience, even if the actual process of playing them doesn't fit into the gameplay mold of collecting items, beating enemies or increasing stats. We'll be covering two exploration-focused games by Artdink, a Japanese developer with more than a few oddities under its belt. 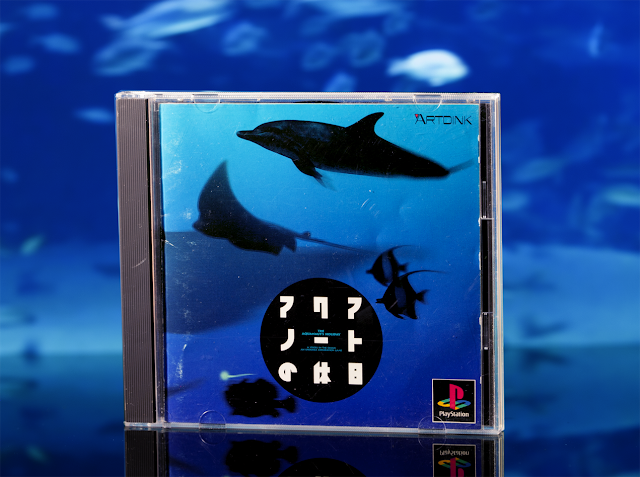 I can't speak in absolutes here, but The Aquanaut's Holiday (the US release is shortened to Aquanaut's Holiday) must be one of the earliest ocean exploration games. It was released late June 1995, placing it only 7 months after the Sony Playstation's Japanese launch...and holy toledo does it ever show.


It isn't all that terrible though, for what the game is trying to depict! We can partially excuse the terrible draw distance due to the ocean setting, and though the schools of fish are simple tiny sprites, it's a charming and colorful effect that works well. The ocean floor is noticeably absent of flora, though. The sound design is effective and minimal, and while it's clunky (a strafing ability would be wonderful) the control scheme is functional enough to get around without annoyance.


What Aquanaut's Holiday lacks in polish it makes up for in variety. The amount of ocean you can cover seems to be quite large, and there are lots of different types of fish to see (and run into when trying to take screenshots).

There are plenty of ocean games around these days: Diver's Dream (PS1), Everblue 1 & 2 (PS2), Endless Ocean (Wii), even a PS3 sequel to this game. So what is there to recommend the original recipe Aquanaut's Holiday? Aside from an affinity for its lo-fi charm, there is some haunting shit down in the water over here. When I got the game I was about 5 minutes in and had decided I'd seen everything it had to offer. When I was about to turn it off, the silence was interrupted by a bizarre alien droning that got louder as I swam on. Eventually I found the source: a collection of pyramids piercing through the ocean floor (and in one case, floating slightly above it). Nothing can harm you in this game, but the crude graphics and eerie sounds give Aquanaut's Holiday an air of mystery that made me decide to keep playing.


I also found some kind of Star Brain, check it out. From what I hear there are lots more strange things to see. 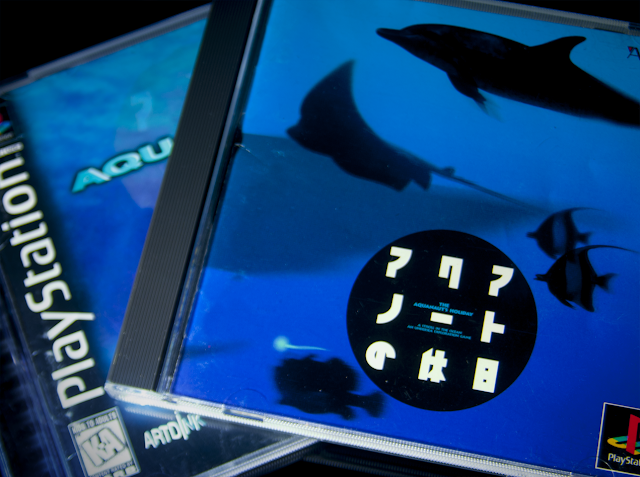 I almost forgot about the reef-building side game you can do when you're not diving! It seems...not fun, but to be fair I don't understand it at all yet and don't know where the results of the work can even be viewed in game. However,  from what I understand if you want to achieve the ending of the game you must build the reef to attract fish.

ADVICE FOR ENJOYING AQUANAUT'S HOLIDAY: Set down markers so you can get back to points of interest; keep a light on in the room if it gets too spooky 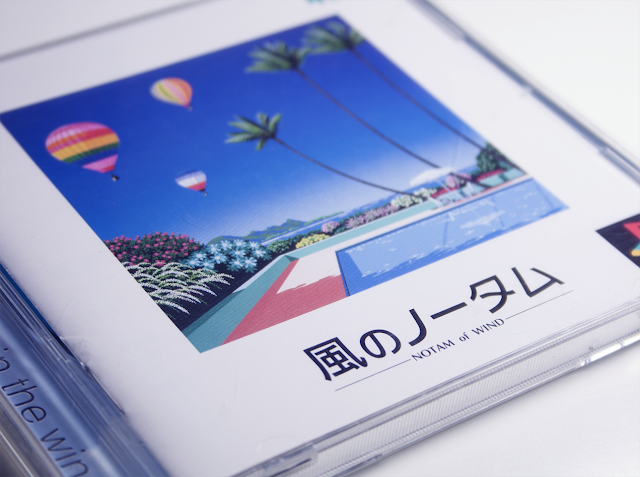 Another, even stranger Artdink offering, Kaze no NOTAM (or NOTAM of Wind) is puzzling as soon as you see the title. If you aren't up on your aviation terminology, NOTAM is an acronym meaning Notice To Airmen--an alert of potentially hazardous conditions for flight. Thus, Kaze no NOTAM means "Notice of Wind". This title is about as apt as you can get, as dealing with the wind is 150% of what you'll be doing in this game. 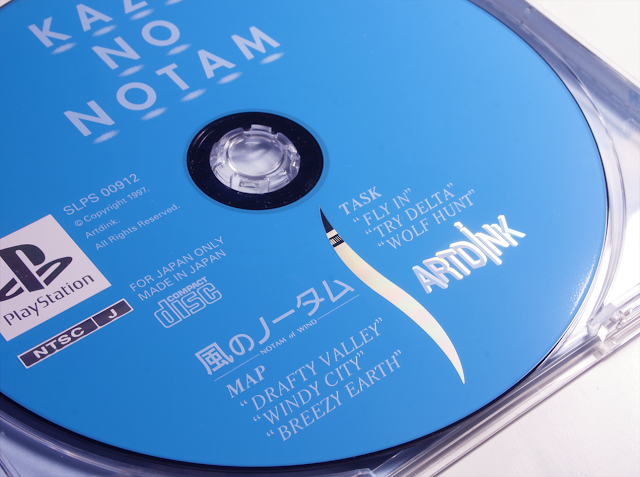 Because the player is controlling a hot air balloon, player input for navigation is limited to looking around and controlling altitude. A helpful meter on the right side of the screen shows the balloon's current position and the wind direction at different heights, so getting around on the map means ascending/descending to take advantage of the wind, and hoping that one of them is pointing in the general direction you need to go. 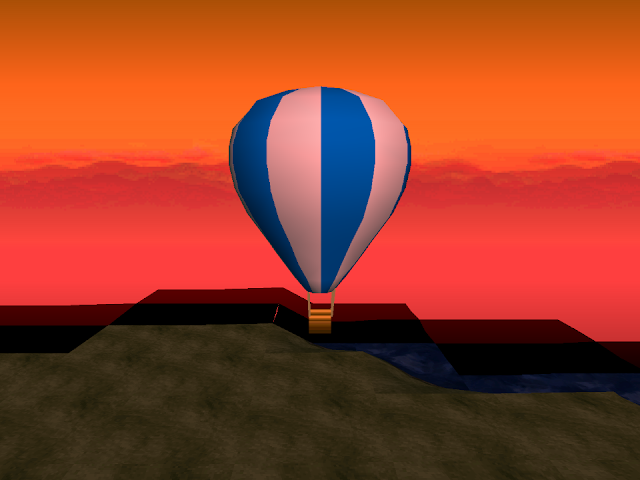 No matter what mode you're attempting(whether attempting to shoot a projectile onto a bullseye, attempting to mark out as large a triangular area as possible, attempting to pop other balloon targets) you're at the mercy of where the game feels like pushing you. As you can gather, while there's always the element of strategy in using different wind currents to gradually zero in on your objective, you don't play the game so much as you attempt it. Good luck!

And so, compared to the relative user-friendliness of Aquanaut's Holiday, I can't call it a "good" game. With that said, there's a certain meditative charm in playing Kaze no NOTAM as long as you don't worry too much about the details; most of the fun is in exploring the interesting and sometimes unusual landmarks and geography the three maps have to offer.

It's really interesting how changing your expectations can lead to unexpected enjoyment. I was straight up excited when a huge European castle appeared below me as I was drifting around in Drafty Valley. It's a damn shame the draw distance is so poor though, if you could only see further I would personally rank the game much higher. The physical package design of the game, though: excellent.


This article is hardly the first discussion of Kaze no NOTAM; for much more information on the game I will defer to this excellent article on Minus World.