A Month of Horror Games - Baroque 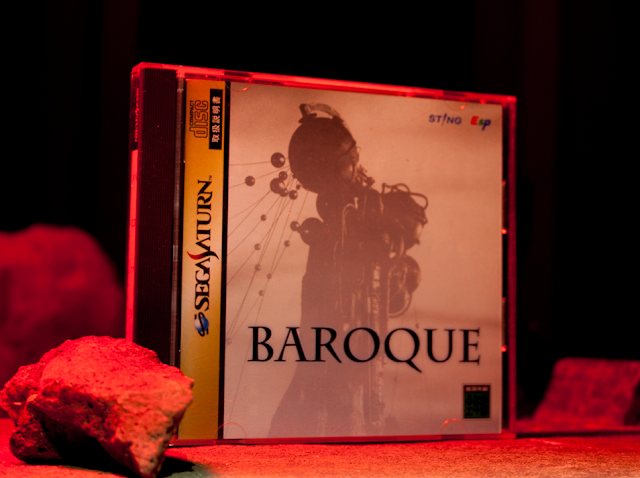 Baroque is a supremely odd and unsettling game. Debuting on the Sega Saturn in 1998 (and receiving a PS1 port a year later), the plot involves...well, maybe you can explain it to me.

The general idea, though, is that a cataclysmic heat wave known as The Blaze has effectively ruined the world. Earth is a barren, red wasteland sparsely populated by what were once humans--over time their minds and forms have been warped by their "Baroques"; delusions and desires that they cling to in the absence of any other hope for the future. Everyone else has been completely changed into hostile creatures known as "meta-beings".

Few structures seem to remain standing in the world, but the most prominent is called the Neuro Tower. The Neuro Tower goes deep, deep underground, and somewhere within is the secret to the world's destruction. Your character has no memory of his past. It is only his unexplained sense of guilt and the guidance of a mysterious being called Archangel that compels him to enter the tower. 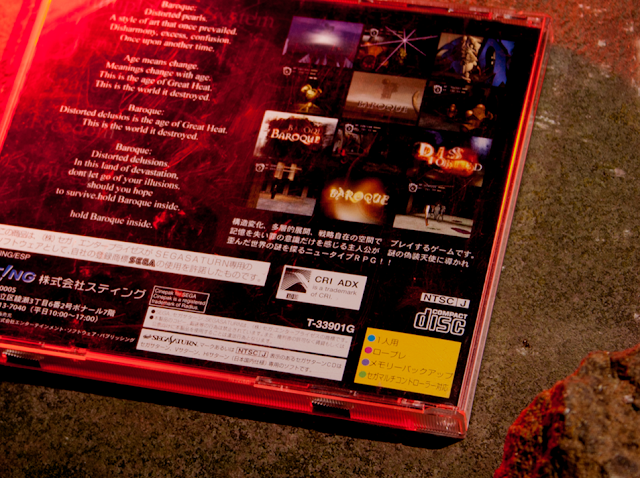 There isn't a pleasant bone in this game's body. Similar in style to King's Field and Shadow Tower, Baroque is actually a rogue-like; upon the player's death (it'll happen), they will revive outside of the Neuro Tower, minus any items and experience/levels. It's rough, but in some cases death is necessary to further the plot. Almost everything in the game is hostile, and to stave off death the player must regain health and stamina by eating the hearts and bones found in the Tower. Just existing is hazardous to your health as well, as your health will tick down endlessly whether you're being attacked or simply standing around.


The sound is excellent! Outside the Neuro Tower the only thing you can hear is the lonesome howling of the wind, occasionally interrupted by tortured howling of another kind. Could there be animals still alive, or is it from the meta-beings? Inside the tower the isolated, unwelcoming atmosphere is set by droning, antonal ambience reminiscent of Akira Yamaoka's Silent Hill soundtrack.

The Neuro Tower is painted in drab, dark tones; all decaying concrete and pitted metal with the occasional wash of hot red, seemingly as a reminder of the devastation above ground. The industrial setting really brings to mind images of Kowloon Walled City. And should you reach the bottom of the Neuro Tower, well 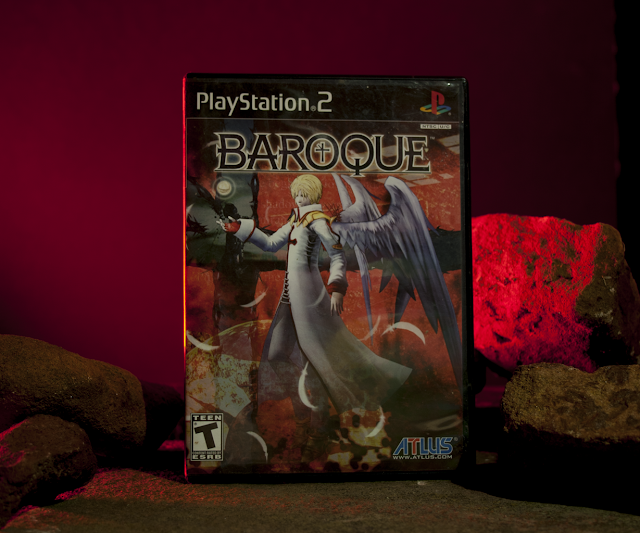 If you can read Japanese I highly recommend the Saturn or PS1 versions. For everyone else, the game was remade for the PS2 and Wii. The gameplay is marginally less clunky than the lo-fi original (notably including a character who can store items for you outside of the Neuro Tower), but a lot of the unique and creepy atmosphere was lost in translation due to the more polished graphics.

The worst thing about the remake, however, is the soundtrack--the moody, industrial ambience of the original has been replaced with hella lame dark techno that doesn't fit the mood whatsoever. I turn the music off in the options, personally. For some illuminating comparisons between the original and remake versions of Baroque, check out an earlier post I made on the subject. 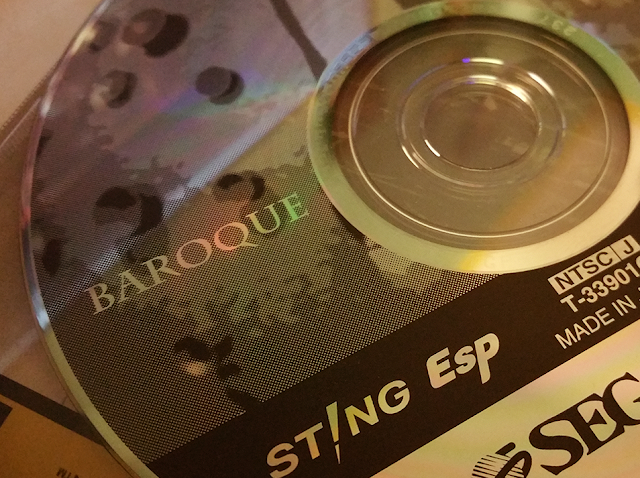